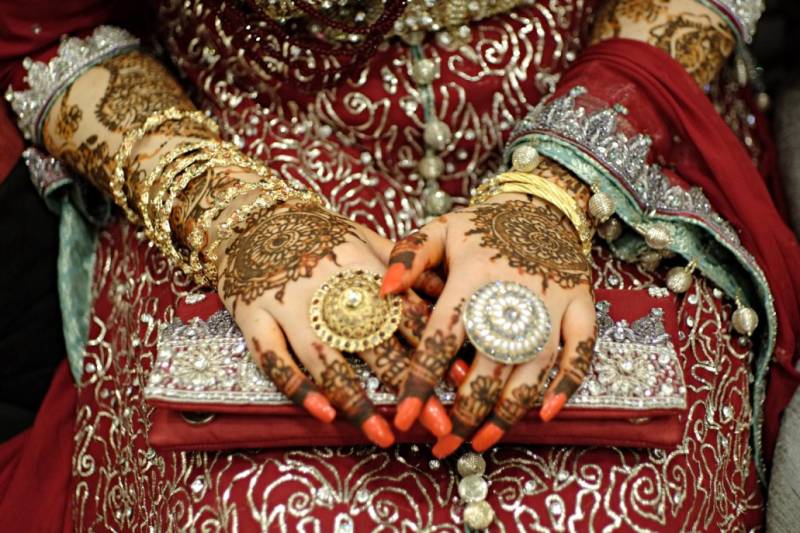 MULTAN – Four armed men donning police uniforms, allegedly sexually assaulted a bride in front of her husband during a robbery bid in Multan.

The gruesome incident occurred in the Mochipura area of the Shuja neighborhood of the economic center of Southern Punjab. The unidentified suspects allegedly gang-raped and tortured the bridegroom during a robbery in the wee hours on Wednesday.

Family members of victims while speaking with news outlets told some unidentified persons knocked at the door at midnight. When they opened the door, the group of men, who donned police uniforms, said they wanted to search the premises as they got a tipoff for the stock of liquor.

The armed men then knocked on the door of the couple’s room. The victim’s family member added that one of the suspects held the family hostage at gunpoint while the other three assaulted the bride. The fourth man then later raped the bride.

Meanwhile, police have lodged a case against the unidentified suspects. The law enforcers also added that the couple had been taken to the nearest medical facility where the woman will undergo a medical examination to ascertain the sexual assault.

RPO Syed Khurram also visited the scene after the heinous crime; he also met with the affected family. The accused would be brought to justice and modern technology would be used in the probe and forensic reports will also help determine the direction of the investigation, RPO added.

LAHORE – A mentally challenged teenage girl was subjected to sexual assault by two of her relatives in the Punjab ...