Ertugrul actress Gülsim Ali is in love with Maria B 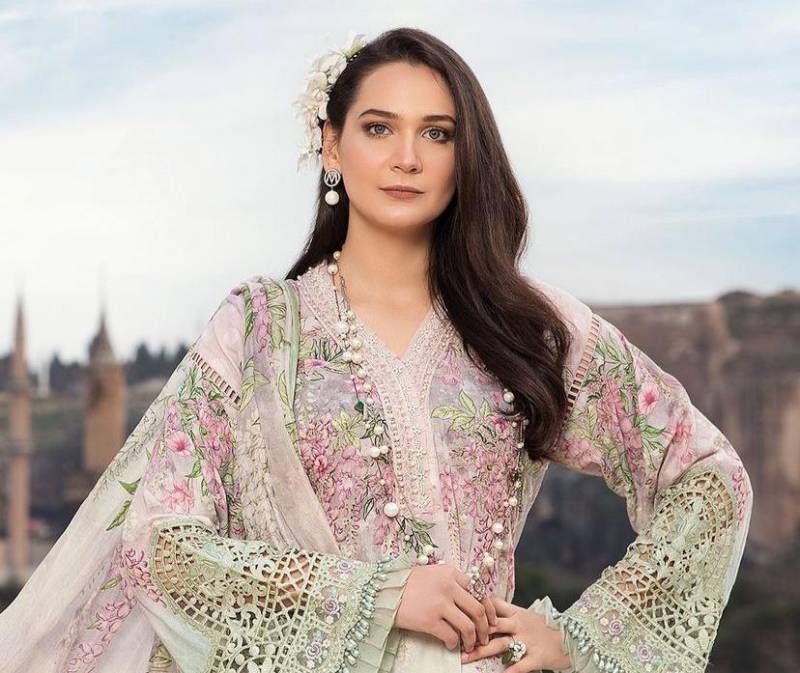 Turkish beauty Gülsim Ali is a favourite amongst Ertugral fans as her enthralling performance as Aslihan Hatun in Diriliş: Ertuğrul won hearts.

Turning to her Instagram handle, the stunner, dressed up in Pakistani attire, left her Pakistani fans bedazzled.

Looking gorgeous in a pink frock by Pakistani designer Maria B, Gulsim twirls happily with utmost grace as she poses for the camera.

Gülsim rose to global fame for her role as Aslihan Hatun in the hit TV series "Dirilis: Ertugrul". Aslihan Hatun appears in season 3 and 4 as a bold and confident woman who represents her Cavdar tribe.

Earlier, Gulsim had stunned her fans with her appearance in fashion designer Maria B's campaign alongside superstar Ayeza Khan. The two share a great bond and their adorable interaction on social media is quite popular among their fans.

Aslihan Hatun aka Gülsim Ali from Dirilis: Ertugrul has gathered a huge fan base for her enthralling ...