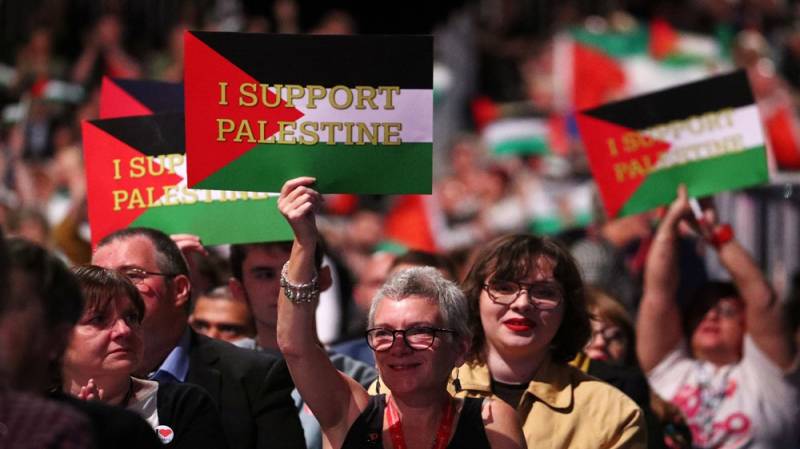 The stern action from the Irish parliament makes it the first European country to stand against Israeli illegal occupation in Palestine.

On Wednesday, an Irish lawmaker called for sanctions on the Jewish state over the war crimes committed against oppressed Palestinians in its latest ethnic cleansing attempt in Gaza.

Earlier, Coveney while speaking in the parliament, said ‘The scale, pace, and strategic nature of Israel’s actions on settlement expansion and the intent behind it have brought us to a point where we need to be honest about what is actually happening on the ground.It is de facto annexation’.

He added that ‘This is not something that I, or in my view this house, says lightly. We are the first EU state to do so. But it reflects the huge concern we have about the intent of the actions and, of course, their impact’.

The leader of an Irish political party, Mary Lou MacDonald, took to Twitter about the development. The motion must mark a newly assertive, consistent confrontation of Israeli crimes against Palestine, he wrote in the tweet.

Illegal land grabs, annexation of Palestinian land & homes has been called out by Dail (Parliament) in Dublin.The motion tabled by @sinnfeinireland & supported by all must mark new assertive, consistent confrontation of Israeli crimes against Palestine 🇵🇸 🇮🇪 #PalestineBleeding pic.twitter.com/D40xLKGM2m

Earlier this week, a cease-fire took place in Palestine that ended the 11 days of killing in the besieged territory. At least 284 Palestinians have been killed, including 69 minors and 40 women, while nearly 2,000 others suffered injuries in Israeli attacks.