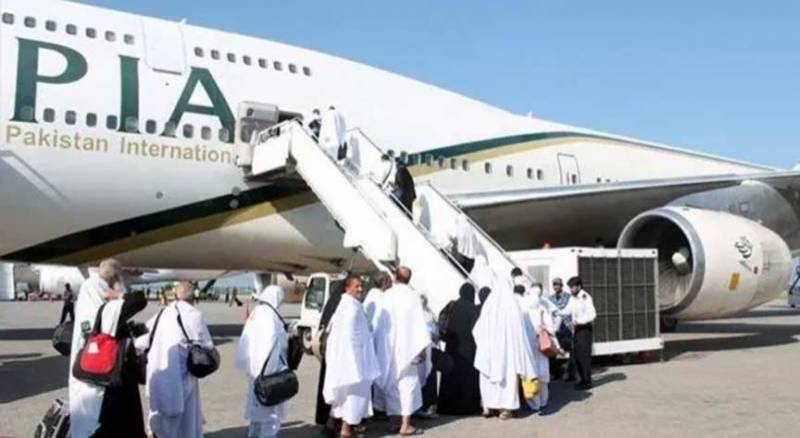 ISLAMABAD – Pakistan's national flag-carrier will begin this year’s Hajj flight operations on May 31, the airline announced on Friday.

“PIA’s flight operations will continue with 297 flights from May 31 to August 13,” the PIA said in a tweet.

“Hajj flight operations will be carried out from 8 cities of Pakistan, Karachi, Lahore, Islamabad, Faisalabad, Sialkot, Multan, Peshawar and Quetta.” PIA said the Hajj flights from Pakistan would fly to Jeddah and Medina.

PK760/27May will be last flight which operate from Hajj terminal

Some 291 PIA flights would be included in the coming months.

Saudi Arabia has allocated a quota of 81,132 pilgrims to Pakistan who will be able to perform the annual Hajj this year.

ISLAMABAD – Ministry of Religious Affairs and Interfaith Harmony has announced the results of Hajj ...

Meanwhile on Friday, Minister for Religious Affairs and Interfaith Harmony Mufti Abdul Shakoor announced to bring down the cost of upcoming Hajj below 6,50,000 rupees.

Taking the floor of the National Assembly, he said that the residences for pilgrims have been hired at lower prices in Makkah and Madinah.

Efforts are being made to further reduce the cost of the Hajj so that common Muslims can perform their religious obligation with utmost ease, he added.