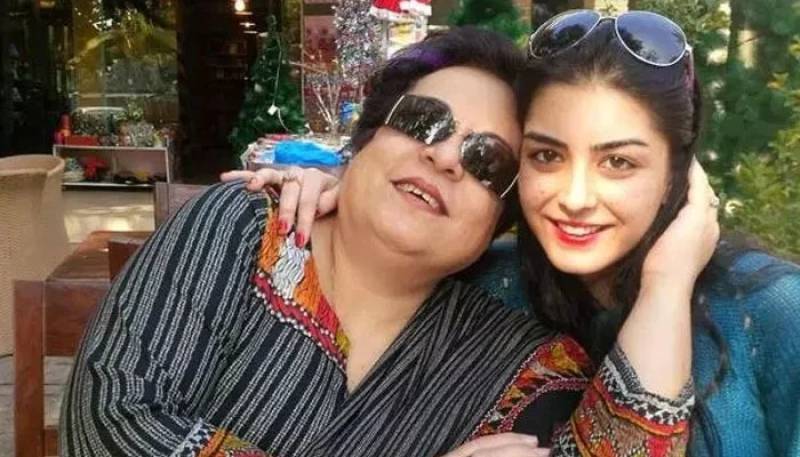 RAWALPINDI – The Pakistan Army's JAG Branch has got an FIR registered against Iman Mazari-Hazir, daughter of the former human rights minister Shireen Mazari, for making 'defamatory' remarks about the army chief.

A case was registered at the Ramna Police Station in Islamabad on Friday under Section 505 of the Pakistan Penal Code (PPC); The section says,

(1) Whoever makes, publishes, or circulates any statement, rumour or report:

(c) with intent to incite, or which is likely to incite, any class or community of persons to

commit any offence against any other class or community,

(2) Whoever makes, publishes or circulates any statement or report containing rumour or

grounds of religion, race, place of birth, residence, language, caste or community or any

other ground whatsoever, feelings of enmity, hatred or ill-will between different religious,

racial, language or regional groups or castes or communities, shall be punished with

imprisonment for a term which may extend to seven years and with fine.

Soon after an FIR was registered against Iman, the Islamabad High Court (IHC) granted her pre-arrest bail till June 9. Her pre-arrest bail application, which was filed by Advocate Zainab Janjua, was heard by IHC Chief Justice Athar Minallah.

A case was registered against Iman on the complaint of Lt Colonel Syed Humayun Iftikhtar, who was representing the Judge Advocate General (JAG) branch of the General Headquarters (GHQ).

This is the first time the army has taken legal action against a person who allegedly made such statements against Chief of Army Staff (COAS) Qamar Javed Bajwa and other senior military officers. 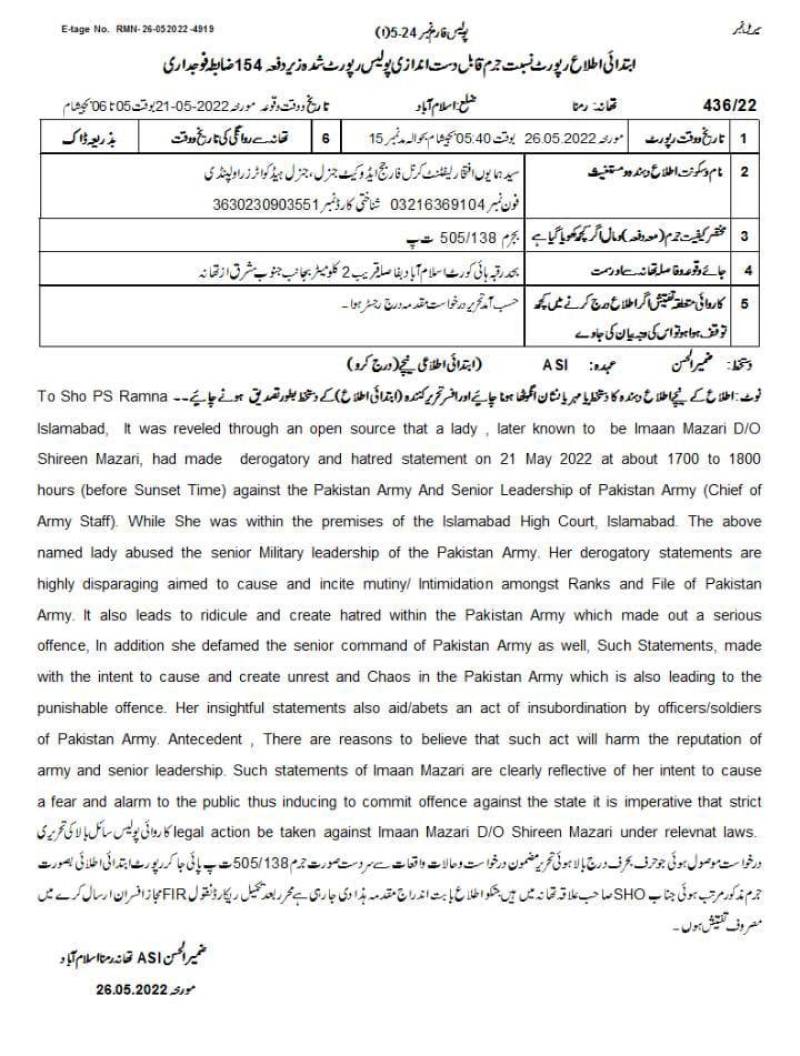 Iman is a lawyer-activist and the daughter of former human rights minister Shireen Mazari.

ISLAMABAD — Pakistan's Minister for Human Rights Shireen Mazari on Wednesday slammed her daughter for launching a ...