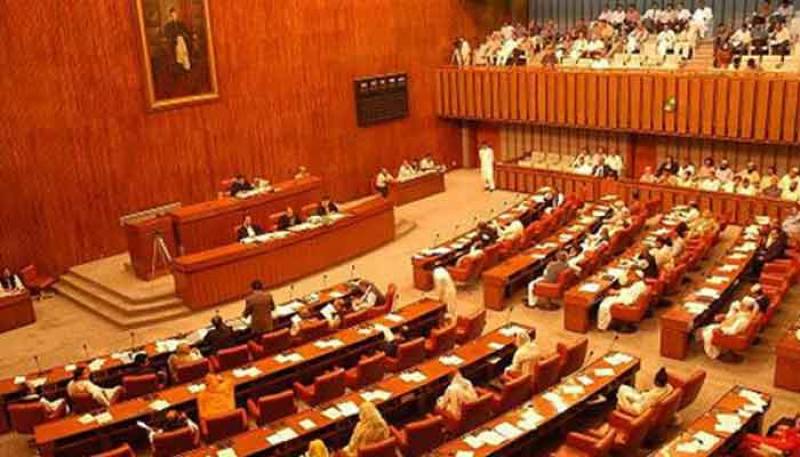 Both the bills were moved by Minister for Parliamentary Affairs Murtaza Javed Abbasi in the House.

Later, the House was adjourned to meet again on Monday at 4:00pm.

The National Assembly of Pakistan on Thursday approved fresh amendments to the country’s election laws, rolling back the changes made by the PTI government for use of electronic voting machines and voting right to the overseas Pakistanis in the next general polls slated to be held in 2023.

The PTI government had bulldozed the election bill through the lower house of the parliament in November 2021 amid protest by the then Opposition parties.

Speaking on the occasion, Law Minister Azam Nazeer Tarar said that two amendments are being introduced through “The Elections (Amendment) Bill, 2022” to revive the Elections Act 2017 in order to ensure free, fair, and transparent elections.

Under the amendments, a pilot project will be conducted in by-election before using I-Voting and EVMs in general elections.

ISLAMABAD – The National Assembly of Pakistan on Thursday approved fresh amendments to the country’s ...