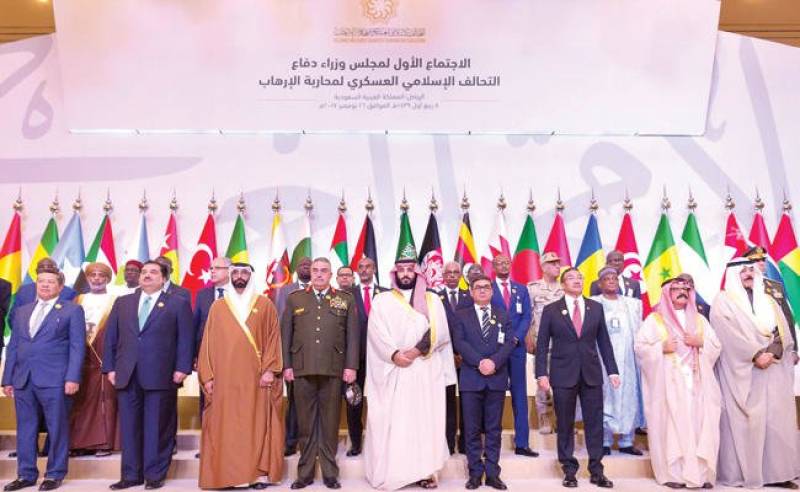 RIYADH - Saudi Arabia’s Crown Prince Salman has vowed to “wipe” terrorists from the “face of the earth” using resources available to the Islamic Military Alliance (IMA), a so-called ‘Arab NATO’ which claims to be targeting a “faceless enemy,” rather than any particular “sect” or “country.”

Formed in 2015 by then-deputy Crown Prince and defense minister of Saudi Arabia, Mohammed bin Salman, the IMA has so far only functioned on paper. Now the Crown Prince wants to take his brainchild to the next level by declaring a total “war against terrorism,” during the Sunday summit of IMA, also referred to as the Islamic Military Counter Terrorism Coalition (IMCTC) or the “Arab NATO.”

“Today we start the pursuit of terrorism, and we see its defeat in many facets around, the world especially in Muslim countries... We will continue to fight it until we see its defeat,” Prince Mohammed bin Salman told defense ministers from nearly 40 Muslim-majority countries who have gathered in Saudi Arabia for the military coalition’s summit. “In past years, terrorism has been functioning in all of our countries... this ends today, with this alliance,” he declared in his opening remarks.

The “Islamic” alliance, officially comprising 41 member states, does not include any countries with Shia-dominated governments, such as Iran, Iraq or Syria. Due to the economic and diplomatic blockade of Qatar, which in June was accused by Saudi Arabia, Egypt, the United Arab Emirates and Bahrain of sponsoring terrorism, Doha’s delegation was also not present at the summit in Riyadh.

The pan-Islamic Sunni-dominated front declared two years ago that it intends to also battle the use of Islam by terrorists, reaffirming this principle on Sunday. A retired Pakistani four-star General Raheel Sharif was appointed as commander-in-chief to lead the fight against radical extremists who continue to “tarnish” Islam.

“The biggest threat from terrorism and extremism is not only killing innocent people and spreading hate but tarnishing the reputation of our religion and distorting our belief,” the Crown Prince said. “We will not allow this to happen.”

Gen. Raheel Sharif, the Military Commander of the #IMCTC: “A number of our member countries are under tremendous pressure while fighting well established terrorist organizations due to capacity shortages of their armed forces and law enforcement agencies".#AlliedAgainstTerrorism

Although General Raheel Sharif claimed that the alliance is not united against any particular “country or any sect,” but rather against the “faceless enemy with extremist ideology” – the key coalition member Riyadh has recently been openly calling Iran the “number one state sponsor of terrorism.”

In May, during the Arab-Islamic-US Summit, the Saudi-led countries agreed to reserve up to 34,000 troops for potential anti-terrorist operations in Iraq and Syria. However, the key battles against terrorists in those countries are now all but over, as both Iraqi and Syrian militaries are finishing off the remnants of once organized terrorist fronts on their territories. The Islamic Military Alliance, however, maintains a different view, claiming that “terrorism represents a constant and growing challenge” to regional and international security.