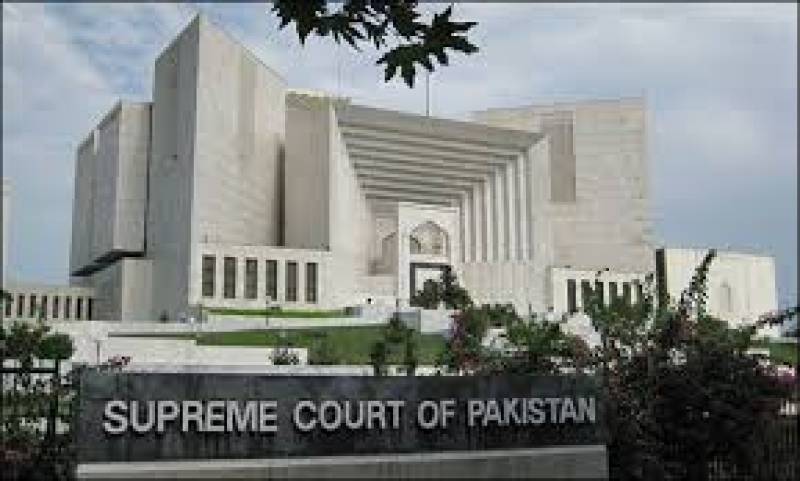 ISLAMABAD - The Supreme Court (SC) on Wednesday resumed hearing on the government’s notification regarding granting the extension in the tenure of Chief of the Army Staff (COAS) General Qamar Javed Bajwa.

According to media details, Apex court's three-member bench headed by Chief Justice Asif Saeed Khan Khosa and comprising Justice Mazhar Alam and Justice Syed Mansoor Ali Shah resumed the hearing of COAS Gen Bajwa's extension case after a petition that was converted into a suo motu case against the three-year extension granted to the COAS.

Attorney General (AG) Anwar Mansoor, Shahzad Akbar, Babar Awan reached the court along with former law minister Farogh Naseem, who resigned from his post yesterday (Tuesday) to represent the COAS in the case submitted his power of attorney upon arrival at the court.

On Tuesday, the top court’s three-member bench had sent a notification to the concerned parties including the PM and the federal government through the defence secretary for the explanation of the extension of the army chief as his term ends on Nov 28.

However, yesterday, the federal cabinet cancelled the previous extension order, signed by Prime Minister Khan on Aug. 19, and PM Khan and afterwards President Arif Alvi approved new fresh notification for the extension of the COAS’s tenure for another three years.

The cabinet approved an amendment in Rule 255 of Army regulation in order to justify before the court its move.

"If the regional security situation reasoning is accepted, then every army officer would want a re-appointment."

"The attorney general could not present any legal reason for an extension in tenure or a new appointment," the court observed.

According to the Army Rules, the verbal order said, the retirement of an army official can only be temporarily suspended.

"The points raised in the case need to be examined in detail," the order added.

On August 19, Prime Minister Imran Khan had approved the extension of General Qamar Javed Bajwa as the Chief of Army Staff after his term expired this year.

“The decision has been taken in view of the regional security environment,” the document with the logo carrying the emblem of Prime Minister of Pakistan and an official number; PMO/ 3232/M SPM/19, dated Aug. 19 had read.

The situation in the region got tense following the unilateral decision India to revoke the special status of occupied Kashmir.

Tensions between nuclear-armed states increased after Modi-led Hindu nationalist government revoked articles 370 and 35A, of its Constitutions through a rushed presidential decree, which had secured special autonomy of Jammu and Kashmir.

On Nov 29, 2016, COAS Gen Bajwa took command of the Pakistan Army as the 16th Chief of Army Staff amid the country had been fighting a fierce war against terror and faced internal and external challenges.