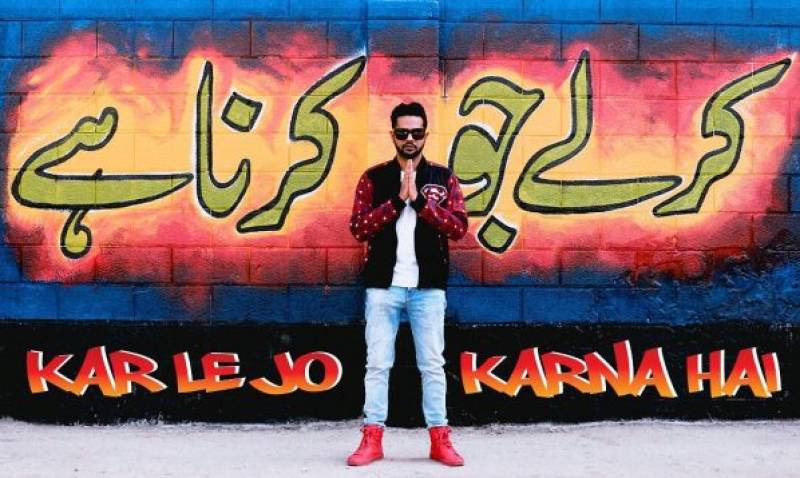 KARACHI - Pakistani famous rapper Ali Gul Pir is back with a rap song ,  Karle Jo Karna Hai (Do whatever you want).

Shot in the streets of Lyari, Ali directly challenges a famous Pakistani singer through the song . While the comedian doesn’t really take anyone’s name, we all know who he means.

Wearing a ‘Super Sindhi’ Ajrak jacket, Ali has a lot of stuff to say. He mentions the person he is attacking as ‘Teefa’, then goes on to say that the person gets invited on award shows. (Remember the Lux Style Awards when people boycotted it due to a certain someone?).

Ali ends the song with “I’m calling this song Channo Ki Maut”.The song’s title  Karle Jo Karna Hai (Do Whatever You Want) is an open challenge in itself. But Ali further says he is ready to go to jail.

Here is the song :

Social media users have been praising the rapper, with some calling the song the “anti-sexual harassment anthem”:

. @aligulpir gives Ali Zafar a blow after another for trying to 'silence' him with a defamation notice. Don't recall any Pakistani singer/ rapper taking such an aggressive and unabashed stance against a pop star. Music activism is alive! https://t.co/VE7boDfQ4G via @YouTube

You mean he will never stoop that low like Ali Zafar? That’s true.