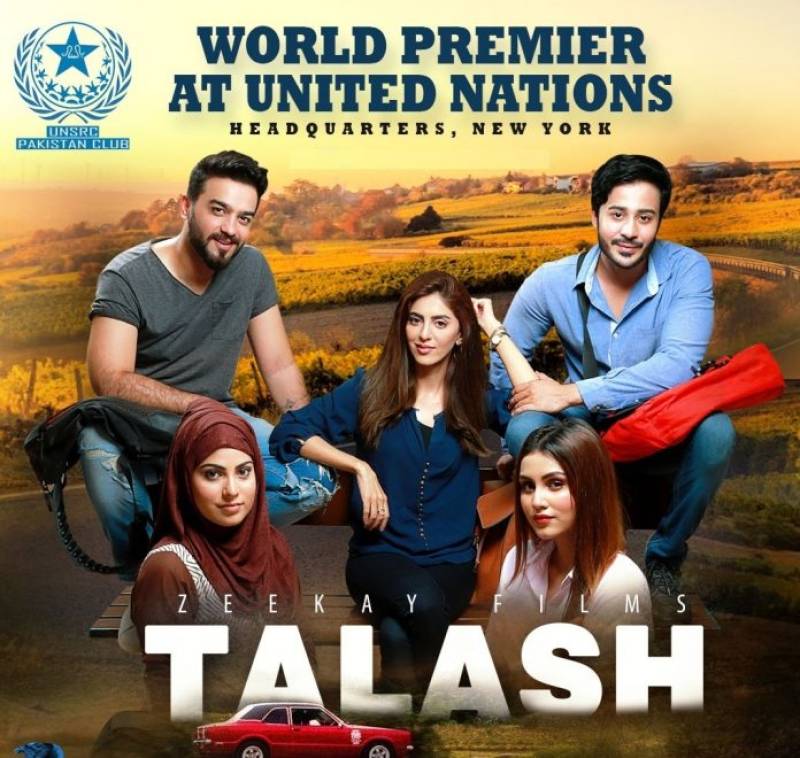 UNITED NATIONS – Talash , an acclaimed Pakistani feature film, which focuses on the detrimental impact of malnutrition and stunting on children’s development was screened at the U.N. Headquarters in New York on Tuesday evening before a large and distinguished gathering.

The show was arranged by the recently-formed UN staff Recreation Pakistan Club in the chamber of the Economic and Social Council (ECOSOC) as part of the commemorations of the 30th anniversary of the adoption of the UN Convention on the Right of the Child.

In brief remarks, Pakistan’s Ambassador to the UN Munir Akram, who was the chief guest, told the gathering that Prime Minister Imran Khan, in his first address to the nation after his assumption of the office, pledged to reduce child stunting and improve maternal health when he announced his reform agenda.

He said a number of projects have been launched in country to eradicate hunger and malnutrition in all its forms, especially in under-developed parts of the country.

Those programmes were in line with the UN’s Sustainable Development Goals (SDGs) that require governments worldwide to end hunger, achieve food security and improve nutrition by 2030, particularly for the poor and vulnerable sections of society, including infants

Directed by Zeeshan Khan, who was present on the occasion, the film’s first act is a breezy story about three medical students who are sent to a remote village in Tharparkar district of Sindh. They face many challenges in the feudal setup and eventually fulfill their professional duties.

Zeeshan Khan thanked the UN-Pakistan Club for providing him an opportunity to screen the film before an international audience amidst the revival of Pakistani cinema.

A warm applause broke out as the film came to an end.

Botswana’s UN Ambassador Collen Vixen Kelapile, and senior UN officials, including Stewart Simonson, assistant director-general , WHO, and Haoliang Xu, assistant secretary-general, UNDP, praised the Pakistani movie on the critical subject of malnutrition and stunting of children. They gave facts and figures about the adverse impact malnutrition has on the development of children.

Muhammad Irfan Soomro, a senior UN official and president of the Club, said their aim was to promote friendship and cooperation among staff members and their families and to celebrate Pakistan’s culture and its diversity.

Speakers at the events praised Soomro’s efforts in forming the club and his leadership in organizing events.