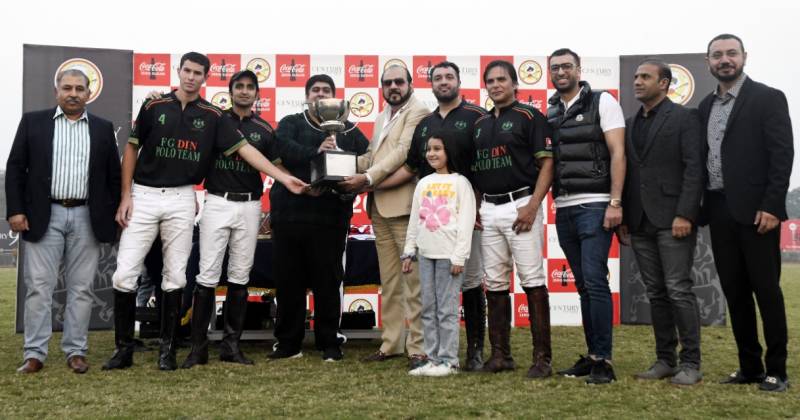 In the main final, both the teams played superb polo and gave tough time to each other, but FG/Din Polo dominated the last two chukkers and managed to take a huge lead, which helped them win the title clash comfortably by 9-5. Argentinean player Tomas Marin Moreno stole the show by displaying high-quality mallet and polo pony work and firing in fabulous five goals for the winning side. Shah Shamyl Alam also played well and banged in a brace while Farhad Muhammad Shaikh and Mian Abbas Mukhtar contributed with one goal apiece. For the losing side, Juan Cruz Greguol pumped in all the five goals.

Talking to media after the prize distribution ceremony, Mian Abbas Mukhtar and Farhad Muhammad Shaikh from FG/Din Polo said: “The way the spectators supported polo at the Lahore Polo Club boosted the morale of the teams. We worked really hard and this title triumph is the result of this hard work. We will work harder and try to win more titles in the upcoming high-goal events.”