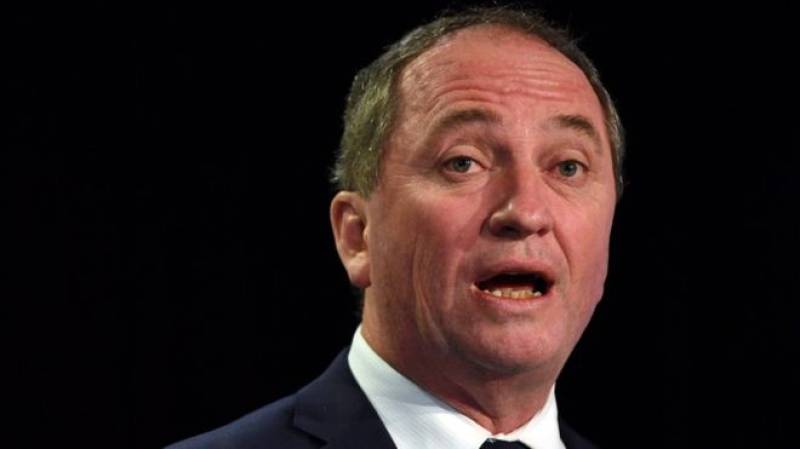 The court declared five legislators, including four senators and one from the lower house [Joyce], ineligible to remain in parliament as the country’s constitution bars dual nationality holders from being elected. The Court had also disqualified two lawmakers in previous months.

Four senators -- Malcolm Roberts, Fiona Nash, Larissa Waters and Scott Ludlam -- were among the disqualified but there will be no by-elections to replace them as the members of the upper house are chosen.

However, the ineligibility of the deputy prime minister has created a challenge for Prime Minister Malcolm Turnbull’s government as his Liberal Party is in a coalition with the Joyce’s National Party.

Now, Turball is running a minority government as he holds 75 seats out of total 150 at House of Representatives. The prime minister will have to get the support of independent MP or smaller party in order to approve a law in the lower house, under a minority government.

However, the ruling party could again achieve a majority with 76 seats after Joyce manages to secure victory in the by-election, going to be held on December 2.

Joyce, who claimed to be unaware of his second nationality of New Zealand, is able to take part in the election as he now holds only citizenship of Australia.

As the verdict announced, Joyce said: "I respect the verdict of the court," adding, "We live in a marvellous democracy, with all the checks and balances they have given us all the freedoms we see. I thank the court [for] their deliberations."

Aiming victory in by-elections, the disqualified lawmaker told reporters: "It's a pretty simple story, we're off to a by-election (and) I put myself forward to the people of New England as a candidate".

"I had no reason to believe I was a citizen of any other country but Australia."

Turnbull while rejecting the impression that his government would face any instability with Joyce's ineligibility said it was "clearly not the outcome we were hoping for".

Statement on the decision by the High Court https://t.co/fT78RoBiW8

He added, "We have the support of a majority of members" in the house. The statement has been made in wake of opposition’s expected move regarding a no-confidence vote that requires all independent and crossbench lawmakers to join hands. In case of no-confidence vote, new general elections will be held.

Following the judgment of the court, the Australian prime minister intended to refer the matter to electoral body to consider "whether any changes to section 44 should be recommended".

In July, two senators of Australian Greens resigned from their post after finding that they have also citizenship of New Zealand and a Canada respectively.

Later, government minister Matt Canavan stepped down, but not from the Senate, after he discovered he was an Italian citizen.