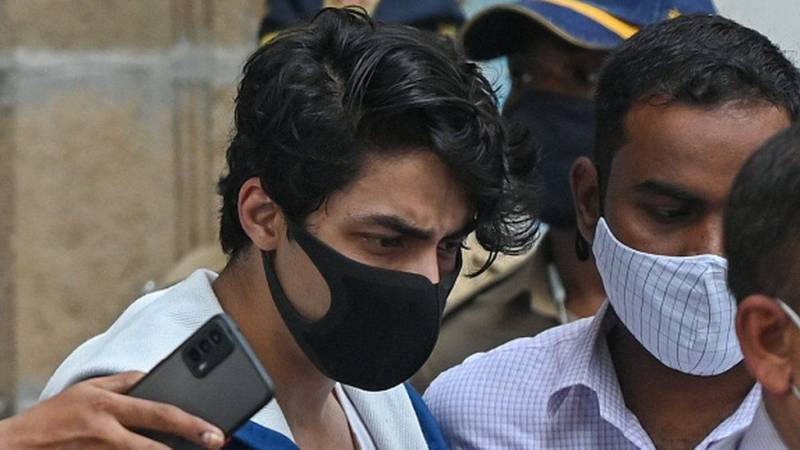 Bollywood superstar Shah Rukh Khan's son Aryan Khan's jail stay has been stretched as the Indian court will continue hearing the bail application of Aryan Khan who was arrested by the NCB.

The 23-year-old starkid will not go home today as Bombay High Court has rescheduled his bail plea hearing to Thursday, October 28 after 2.30 PM.

Majorly, the highlights from today's hearing include Arbaaz Merchant's lawyer Amit Desai's argument claiming the court has been misleading and that his client is not associated with any drug conspiracy.

"There are two parts to it - no conspiracy and then incriminating me with the recovery of someone else. This is a draconian Act and there is a duty to apply mind. What your lordships have been made to look at are statements that are violative of Article 14 (Equality), 19 (free speech), and 21 (Right to life). Bail should be granted and we will all be available for the investigation as and when called," said Arbaaz Merchant's lawyer.

Moreover, Additional Solicitor General Anil Singh will reply on behalf of NCB tomorrow. For the NCB, Aryan is "Accused Number 1" and his friend, No. 2, as reported by Indian media.

The Khan family has been swept up in legal troubles as Aryan was arrested on October 3 and was sent to judicial custody on October 7. He has been locked inside a special barrack of Arthur Road Jail since October 8.

Several celebrities, including Salman Khan, Hrithik Roshan, Twinkle Khanna and Sussanne Khan, have shown their support for Shah Rukh in the aftermath of Aryan’s arrest.