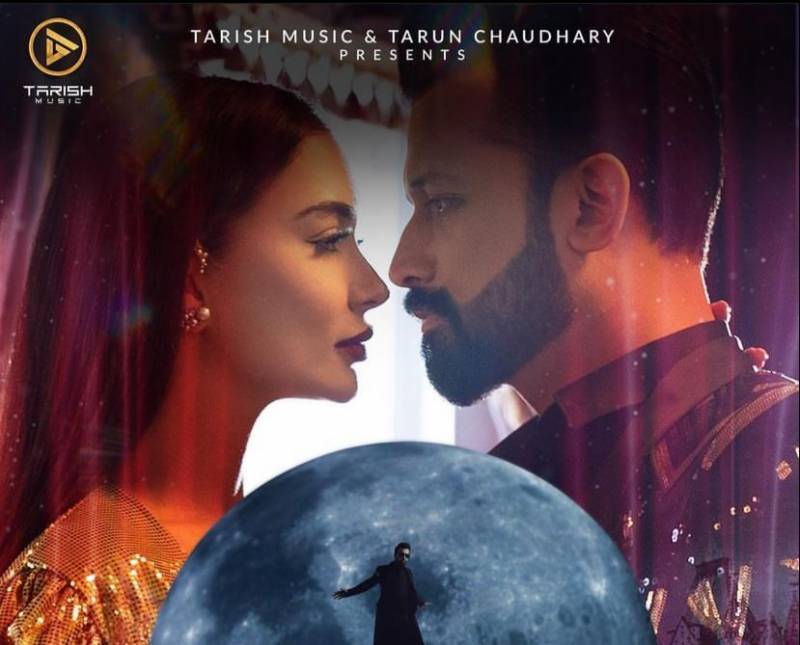 The song featuring British actor and model Amy Louise Jackson is expected to prove a treat for music fans as the Dil Dyan Gallan singer has released the new number after a short break.

Taking to Instagram, Atif wrote: “Hope it makes you feel over the moon ???? Moonrise music video - now out on YouTube”.

Amy Jackson is known for her work in Indian films, predominantly Tamil and Telugu films. She made her Hollywood debut in 2017 with Warner Brothers television production of DC Comics Supergirl.

Written by Raj Ranjodh, the music video of the song has been directed by Adnan Qazi and produced by Tarun Chaudhary and Omer Ahmed.

On the work front, Atif Aslam has been riding the success of his drama serial Sang e Mah co-starring Kubra Khan, Naumaan Ijaz, Hania Aamir, Sania Saeed and many more.