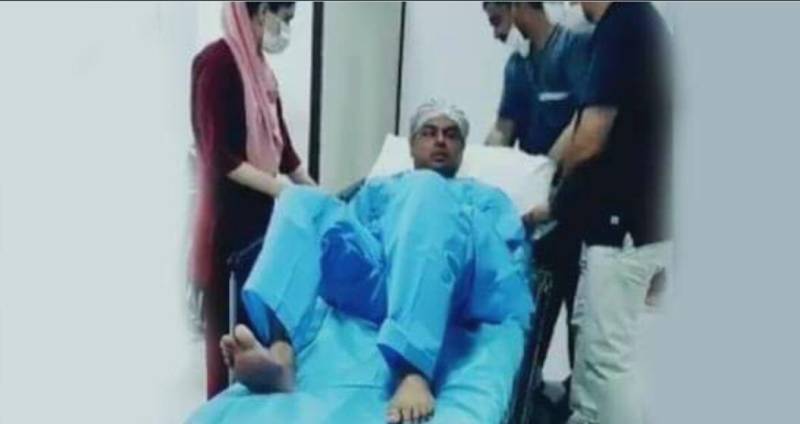 LAHORE – Police in Faisalabad city of Punjab have set up a committee to probe an incident that left PML-N leader Tallal Chaudry injured in mysterious circumstances.

The committee is tasked with "ascertain(ing) the facts regarding the incident that took place between Ms Ayesha Rajab Ali (MNA) and Mr Muhammad Talal Chaudhry (ex-MNA)".

They will submit a report of their findings along with recommendations of "suitable legal action" within three days.

Earlier today, police officials visited Lahore’s National Hospital to record the statement of former state minister, but found his room empty, where he was being treated.

According to police sources, the hospital staff said that Talal had already been discharged from the hospital.

ASP Abdul Khaliq said that police were trying to contact the PML-N leader to record his statement, as soon as possible.

Talal Chaudhry was reportedly injured in an incident that occurred near the residence of MNA Aysha Rajab in Faisalabad this week.

He, however, insists that the incident had nothing to do with any woman MNA as being portrayed in the media.

"The news about me being broadcast based on sources is not rooted in facts," he said on Twitter. "Until my position is presented, please do not run any news that may create misunderstandings and resentments.

In a video circulated on social media, the PML-N leader was seen speaking to police officers outside in a residential area and complaining of a broken arm. "They snatched away my phone and recorded videos of me," he was heard saying.

At one point in the video, he was also heard telling security personnel that they may "note down the contacts of all 'their' women and call over whomever they wish [to verify facts]".