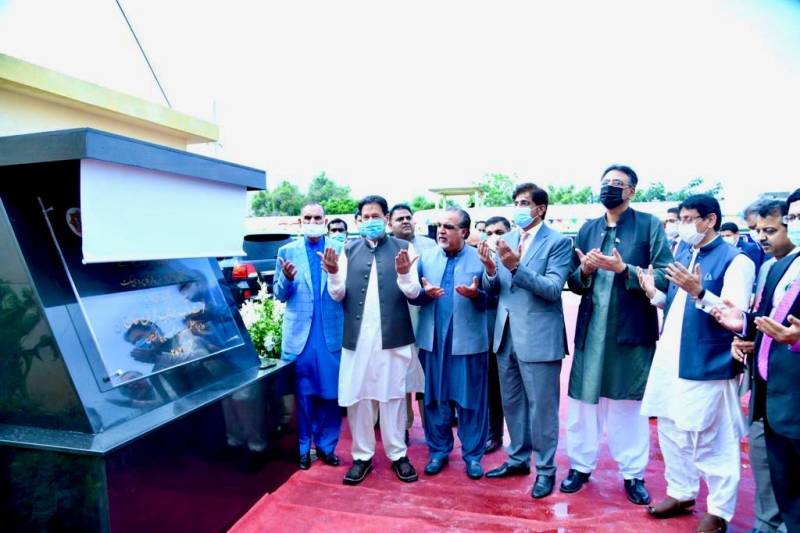 Speaking at the ceremony, Khan said Karachi Transformation Plan will benefit the citizens as he referred to transport as a key component in the basic infrastructure of any metropolis. He also invited the provincial administration of Sindh to work together with the federal government to address the issues of Karachiites.

Pakistan’s financial hub was on its way to development in the 80s and was taking off but, unfortunately, its progress declined, Khan said while adding that the PTI government initiated the Karachi Transformation Plan, in collaboration with the Sindh government, to uplift the metropolis.

The center cannot resolve the issues of Karachi on its own, therefore, it is imperative for the provincial government to cooperate, he stressed.

Railways Minister Azam Khan Swati had issued a statement regarding the project saying it will be completed in three years against a cost of Rs207 billion.

The 29-kilometer track of KCR comprised 16 stations and 24 level crossings. Frontier Works Organisation (FWO) will lay the track for the KCR while automatic air-conditioned coaches will be run on the track, he said in the statement.

After providing Karachi with Green Line Buses, PM Imran Khan will kick off the project of Modern Karachi Circular Railway (KCR) today. KCR is being revamped to resolve the transportation issues in the city & to facilitate daily commute for Karachiites.#KCRBecomesReality pic.twitter.com/oIKmRu5Ski

On Sunday, Sindh Governor Imran Ismail also revealed that the recent visit of the PM would bring a number of good news for ‘distressed’ Karachi citizens.

KCR is not the only project for which PM is visiting Karachi, Ismail said while mentioning that more good news are coming for the region. He also mentioned that Green Line bus services infrastructure has been completed, while buses have reached the city and we have also started the trial run of the buses.

The Karachi Circular Railway was initially planned to facilitate the employees of Pakistan Railways in Karachi’s eastern neighborhoods. It later turned into a full circle of more than 40 km in the ’70s and connected Karachi’s four main work areas including the port, the Sindh Industrial Trading Estate (SITE), the city’s central commercial areas, and the Landhi Industrial Area.

The project for the country’s financial capital worked perfectly till 1984 when the number of its trains was slashed. A number of reasons for rooted its shut down, including maintenance and repair, and the government’s inability to spend money on the improvement of tracks and stations. The operation ended in 1999, while thousands rush for buses as an alternate.