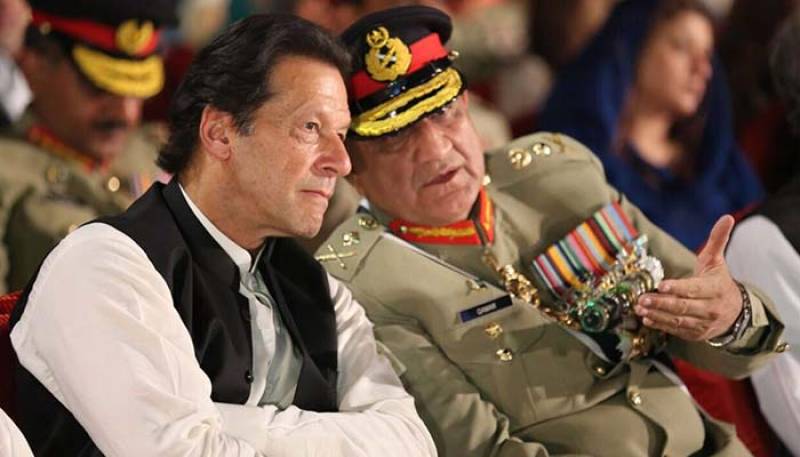 If you find the above sentence confusing for its intricate and puzzling paradoxes, I suspect your patriotism. We never get confused as we expertly entertain others by confusing them.  So this sentence is clearly Pakistani sentence - by a Pakistani, for Pakistanis, and of Pakistanis.

Over a decade ago, we heard ‘Democracy is the best revenge’. All of us who knew of or had seen democracy, and enjoyed that rhythmic definition (government of the people, by the people, for the people) were very clear of ‘democracy’ but not quite sure of the revenge part.

Like, whose revenge, by whom, for whom, and in what way!

Things take time, so the visionary statement blending democracy and revenge also took time to bloom. With the extension in Army Chief’s term, we learnt a great secret, in fact, mother of all secrets – that democracy is revenge from all those who try to guide it, by all those who get guided, and blissfully benefit from such guiding.

If you find above sentence confusing, either please stop reading English, or stop voting right!

I am one of those who are against extensions, but for different reasons. However, before taking sides, let us quickly look at the short history of Army Chiefs, their tenures and extensions.

We started having Army Chiefs (called COAS) only in 1973. Before we had C-n-C (commanding in-chief). That title was neither as impressive as COAS, nor clear: C-n-C sounded ‘see-and-see’ – a state more suited to politicians, not Generals.

Tikka Khan was the first Army Chief, served for four years; followed by Gen. Zia, who officially served for 12 and a half years, but since he embraced ‘shahadat’, and as true Muslims believe a ‘shaheed never dies’, he is technically still serving and alive.

Then came Gen. Musharraf who served for 9 years and gave himself two extensions, followed by Gen Kayani, who got an extension by a civilian who like me is unhappy with current extension. Gen Raheel got a different type of extension, to operate from holy sites at far higher salary but no fixed term.

So this extension to Gen. Bajwa was not only due but makes a deeply democratic sense too.

Gen Ayub remained Chief for about eight years, before promoting himself as Field Marshal and the President. Next, Gen. Musa served as Chief for eight years, and no extension was involved.

He was followed by Gen. Yahya, who after serving for five years as C-n-C promoted himself as the President. He was succeeded by Gen. Gul Hassan in Dec 1971, who like a caretaker PM stayed for 72 days; or like a night-watch-man in cricket after the big wicket of East Pakistan had fallen.

So, two pertinent points before concluding this greatly insightful piece. One, history is on the side of longer than three-year terms of Army Chiefs. Two, more extensions in their terms were granted by themselves, than a civilian PM or President.

Therefore, all democracy-loving Pakistanis who keep reciting the mantra of civilian supremacy should thank Gen Bajwa that he allowed a civilian PM the honors of giving an extension (imagine, if he had followed the footsteps of Ayub, Zia or Musharraf!!)

Two, all those Generals who did democracy direct or indirect favour got extensions, mostly by themselves; but in two cases by Civilians.

Hence, I see this trend the beginning of true civilian supremacy - and at a deeper, philosophical level - a ‘civilian revenge’ from the best institution of the country by the ‘worst’ one. With this extension, the best is as average, vulnerable and human, as the Parliament, and judiciary.

Let’s celebrate this civilian revenge; now, we have made others, with an air of superiority, like us.