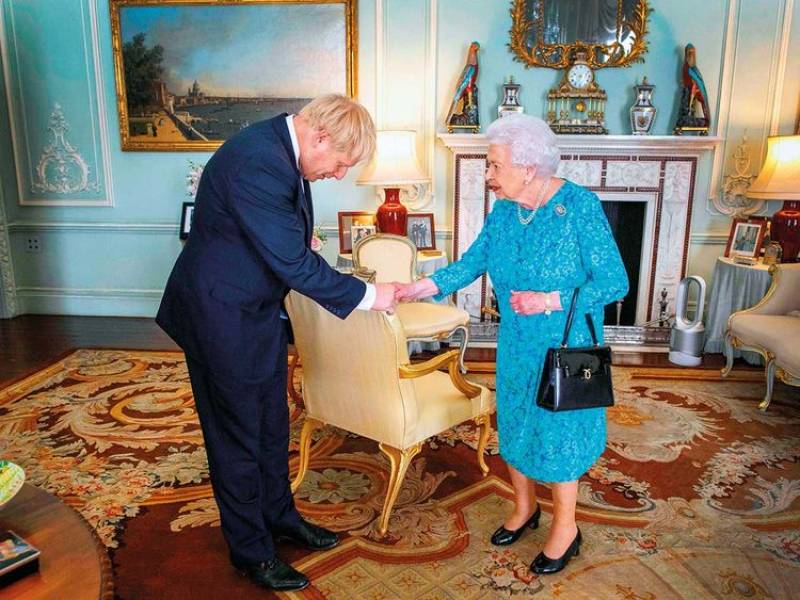 LONDON - British Queen approved a request by UK Prime Minister Boris Johnson to shut down Parliament for several weeks ahead of Britain’s upcoming departure from the European Union.

Queen Elizabeth II approved the request on Wednesday after Johnson asked the queen to give her usual annual speech outlining the country’s legislative agenda in mid-October, effectively suspending Parliament between Sept. 11 and Oct. 14.

In an official statement, the Privy Council confirmed that the queen had agreed to prorogue — or suspend — Parliament no sooner than Sept. 9 and no later than Sept. 12.

Earlier, Johnson announced that the suspension of parliament would be extended until October 14 -- just two weeks before the UK is set to leave the EU -- enraging anti-Brexit MPs.

MPs will return to London later than in recent years, giving pro-EU lawmakers less time than expected to thwart Johnson's Brexit plans before Britain is due to leave the European Union on October 31.

"We're going to do it on October 14," Johnson told reporters. He is due to attend one last European Union summit three days later.

"There will be ample time on both sides of that crucial October 17 summit, ample time in parliament for MPs to debate," Johnson said.

European Commission spokesperson Mina Andreeva refused to comment on the UK government's move to suspend Parliament, saying this is a matter for the British government to answer.

“We don’t comment on internal political procedures of our member states and we’re also not going to speculate what this means in terms of next steps in the UK’s parliament procedures,” Andreeva said.

The British pound dropped by as much as 1.1% against the dollar after Boris Johnson asked the Queen to suspend Parliament.