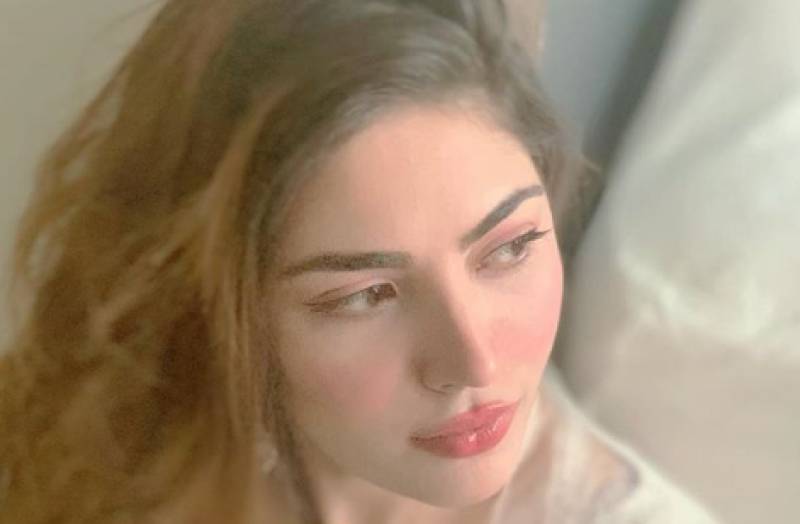 LAHORE- After days of gossip and speculation, the much-anticipated wedding of Hamza Ali Abbasi to Naimal Khawar Khan ...

Now that the wedding festivities are done and dusted, Naimal took to Twitter and thanked everyone for the good wishes before going on to say that she “would like to address a few things.”

Thank you so much everyone for the wonderful wishes and prayers for me and hamza as we embark on this new journey in our lives. Now that the wedding is over, I would like to address a few things

By posting multiple tweets, Naimal said that she is “consenting adult woman capable of making my own decisions,” and that she “left acting 9 months ago” and the decision to do that was entirely her’s.

Along with this, the Anaa star has also updated her name on Instagram also – now she officially Naimal Khawar Abbasi.

Hamza Ali Abbasi and Naimal Khawar Khan wedding pictures are getting major social media attention these days and people are in love with the couple's breathtaking photos.

Hamza And Naimal are were lauded for keeping things low-key. Instead of having an itinerary of several activities, the love birds got hitched in an opulent day-time ceremony filled with love and laughter held on August 25 in Islamabad, followed by the reception on Monday, earlier this week.

What are your thoughts on Naimal's posts after the wedding? Let us know in the comments box below.