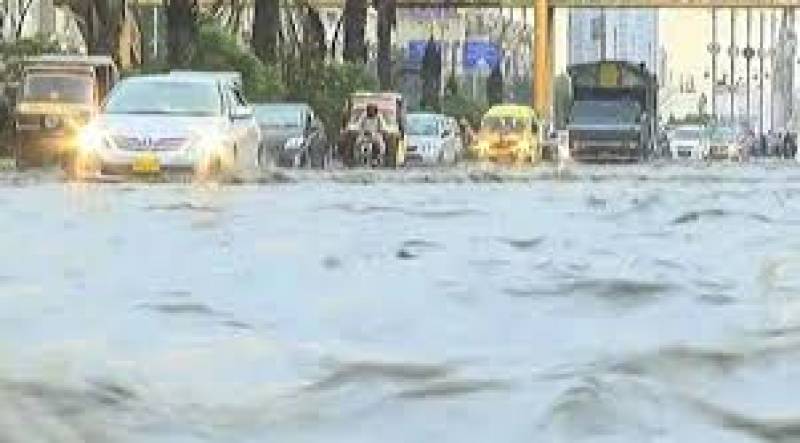 LAHORE - Seven people including two children got killed in rain-related incidents as monsoon rains continued in Punjab, inundating low-lying areas across the province.

According to media reports, as many as four people lost their lives in roof collapsed incident near Saggian Bridge in Lahore.

It was feared that several others were trapped under the debris.

Meanwhile, more than 45 feeders of the Lahore Electricity Supply Company (LESCO) tripped due to which the power supply to city was interrupted which added difficulties for people.

Traffic flow remained disrupted in the areas where streets were flooded. The Met Office predicted that intermittent monsoon rain would continue in Lahore till Sunday.

In Zafarwal streets turned into ponds and rain water entered houses, roads were inundated with several feet of rainwater. One student was electrocuted in the city.

Two children were killed in roof collapsed incident in Wazirabad after torrential rain hit the city.