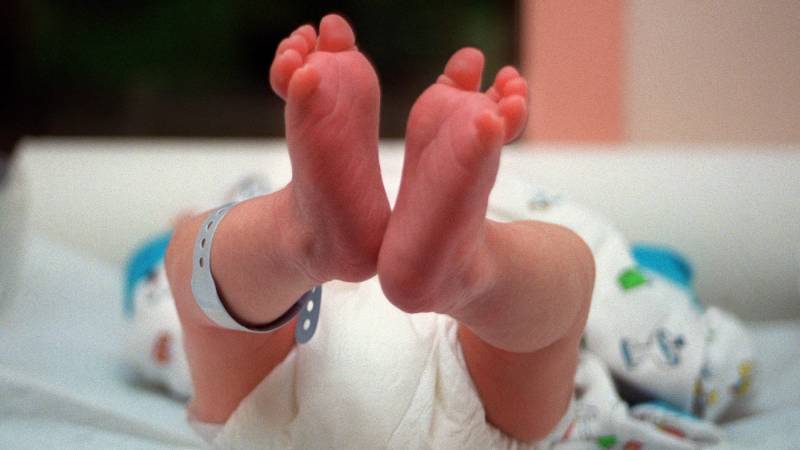 JODHPUR – In a gruesome incident in the Indian state of Rajasthan, a 12-year-old girl, who was allegedly sexually assaulted by a classmate some eight months ago, delivered a baby.

Reports in Indian media quoting police officials said the victim along with his two accomplices have been held in connection with the incident.

Law enforcers told newsmen that the victim’s mother had no idea about the rape neither about pregnancy. The family thought that the young girl might be suffering from a tumor or a related disease.

The mother of the Class-IX student said they rushed the girl to a nearby medical facility after she complained of severe stomach ache. As soon as they reached the hospital, the doctors shifted her to the delivery room and after some time she gave birth to a healthy baby.

The officer said that the girl narrated her ordeal when the family inquired about the birth. The victim mentioned that one of her classmates along with two other boys forcefully took her to a room in a secluded place and sexually assaulted her.

She also mentioned that one boy raped her while the other two guarded the place. It occurred when she was returning from school after getting her homework checked. The girl said that she did not inform anyone about the incident to avoid dire consequences. Meanwhile, the survivor’s mother has refused to keep the newborn.

On the other hand, a senior police official told press reports that the detailed probe is on and it is yet to be confirmed as most of the schools were closed for almost months in wake of the ongoing pandemic. Also, the place of the incident is yet to be verified, he added.

Indian man, high on drugs, dies after using glue instead of condom