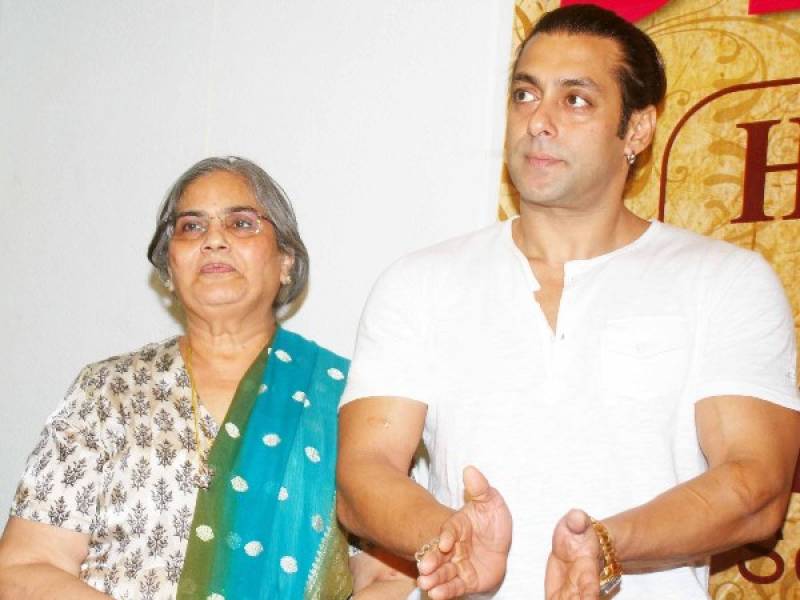 MUMBAI - Bollywood superstar Salman Khan, who turned 53 on Thursday (yesterday), says that his mother Salma Khan wants him to get a six-pack body next year.

Salman was interacting with the media outside his farmhouse in Panvel in the midst of his birthday celebrations on Wednesday night. “Four days ago, my mother told me that now this four-pack body will not be enough and she asked me ‘what is your resolution for next year’ so, I told her ‘nothing’ then, she told me ‘you have to achieve six-pack body’ so now that means, I have to be disciplined and I am doing that."

He further added, "I am going to the gym in the morning and evening. I run for one hour and control my food eating habits. She [mother] has told me to achieve six pack body which will be simple for me according to her and it is easy for me so, I am going to gift my six pack body to my mother on the New Year.”

Salman Khan celebrates his 53rd birthday at his farmhouse in Panvel, Maharashtra. pic.twitter.com/0u9Q1OvkWu

He kicked off the birthday celebrations with a star-studded bash at his farmhouse in Panvel. The Bajrangi Bhaijaan  actor cut a huge three-tier cake decorated with his pictures along with his nephew Ahil Sharma. In the cake-cutting ceremony, his rumoured girlfriend Iulia Vantur was also standing behind him.

So now that he has turned a year older, does that age bother Sallu? He said, “At this stage, I do not feel that numbers matters to me and I hope in other things also number will not matter to me. I hope God blesses me with respect and good health and we will earn fame after that.”