1st Test, Day 3: Pakistan all out for 239 in first innings against New Zealand 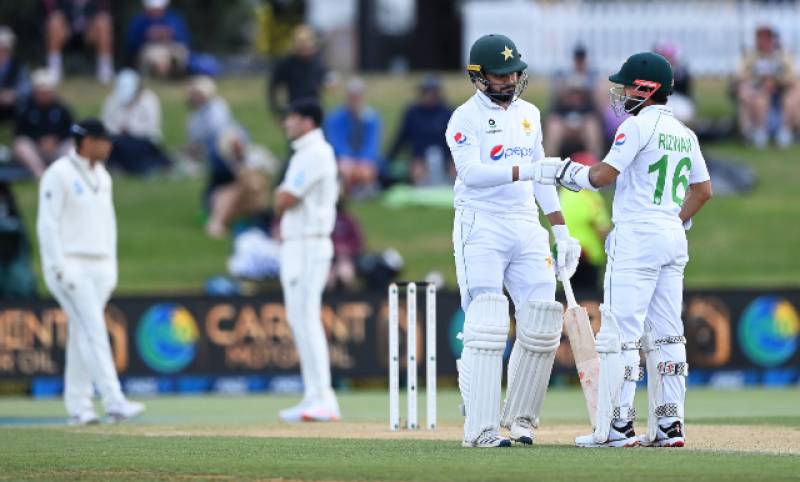 AUCKLAND – Pakistan scored 239 runs for all out in their first innings on the 3rd Day of 1st Test match against New Zealand at Mount Maunganui on Monday.

The hosts are all set to start their second innings with a 192-run lead.

New Zealand's efforts to quickly wrap up the first innings were stalled by a late century stand from skipper Mohammad Rizwan and all-rounder Faheem Ashraf at Mount Maunganui.

MOUNT MAUNGANUI – Pakistan finished their first innings at 30 for one in reply to New Zealand’s first ...

On a day disrupted by intermittent showers and an unseasonal hail storm, the Black Caps pace foursome took five for 50 in the first two sessions before Pakistan rallied to be all out for 239 at stumps.

Jamieson had the remarkable figures of two for nine off 17 overs at tea but as the Rizwan-Ashraf partnership took its toll he ended the day with three for 35 off 23.1 overs.