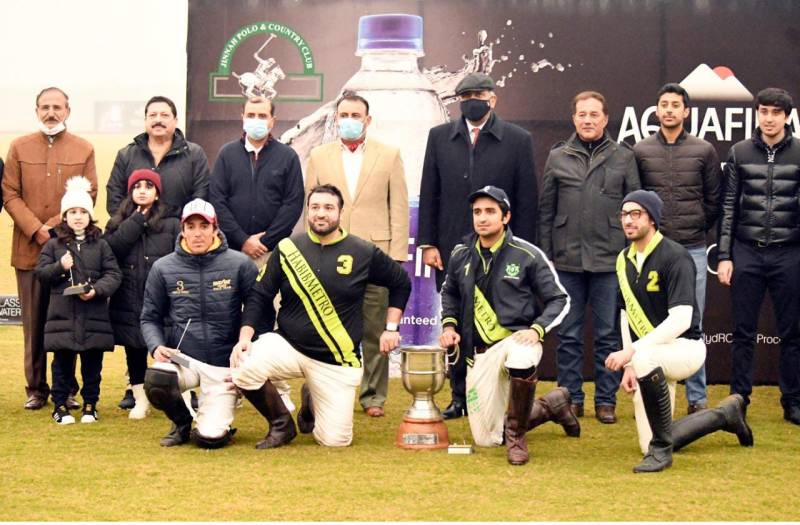 Marcos Panelo and Mian Abbas Mukhtar emerged as heroes of the day from the winning side with a fantastic contribution of four goals each while Sheikh Muhammad Raffay and Sheikh Muhammad Farhad struck one goal apiece. The only goal from the losing side was converted by Saqib Khan Khakwani.

Habib Metro Lions dominated the final right from the word go as they fired in fabulous four goals in the first chukker. The second was evenly poised as both the sides struck one goal apiece to make it 5-1. The third chukker saw Habib Metro Lions slamming in a brace to enhance their lead to 7-1 while they added three tremendous goals in their tally to win the final by 10-1. Muhammad Raza and Lt Col Saleem Baboo supervised the match as field umpires.

After winning the trophy, Habib Metro Lions captain Sheikh Muhammad Farhad said: "Thanks to Allah Almighty we played really well today and not only outclassed our opponents in the final but also succeeded in defending the title. We are grateful to Habib Metro Bank for supporting us as well as polo, the game of kings and knights and we are hopeful that they will continue their support to this beautiful game."