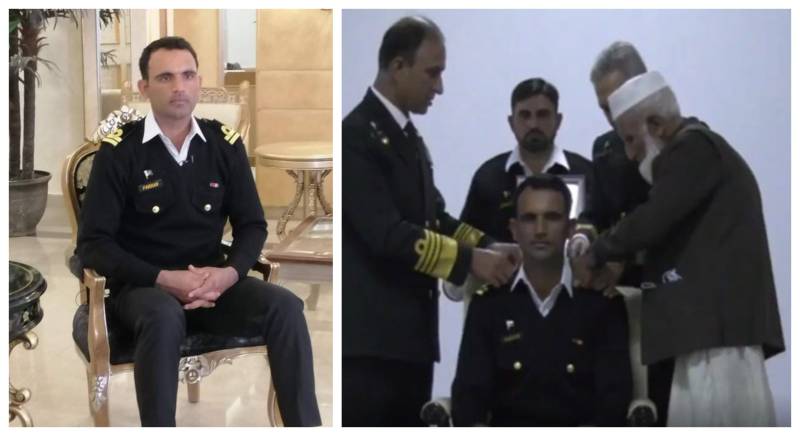 KARACHI – Pakistan Navy has awarded honorary rank of lieutenant to national cricket player Fakhar Zaman for his excellent performance in the field of cricket and his commitment to the navy.

Chief of Naval Staff Admiral Mohammad Amjad Khan Niazi pined the badges of rank on the player in a ceremony attended by military and civil officials and the family of the batsman.

Naval Chief congratulated Zaman, who started his professional career as a sailor of Pakistan Navy in 2007. He has also been representing the navy in various domestic and international matches.

In International Defense Cricket Challenge Cup held in Australia in 2012, Zaman was named as the best player of the tournament.

Moreover, the Chairman Joint Chiefs of Staff Committee also awarded an appreciation certificate to the player.

Zaman, who scored 31 off 23 balls, maintained an impressive strike rate of 134 with six boundaries, earning the praise ...