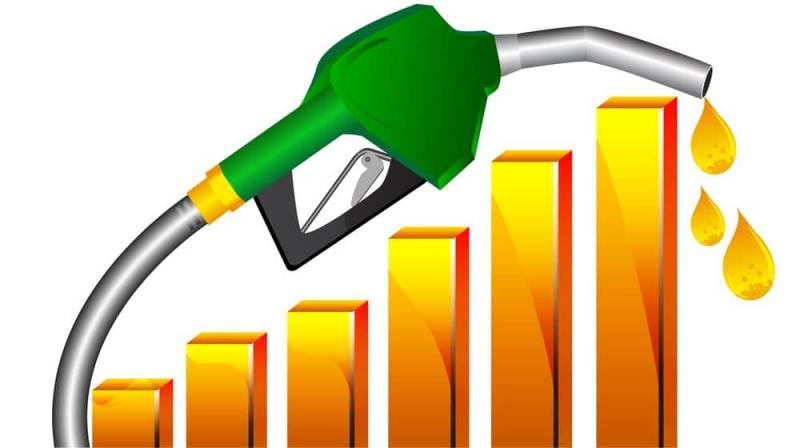 ISLAMABAD - The Ministry of Finance has approved Rs3.56 per litre increase in the price of petrol on Wednesday.

It may be added that the Oil and Gas Regulatory Authority (OGRA) and the Ministry of Energy had proposed increase in the prices of the petroleum products including a Rs.6.94 per litre raise in the price of diesel. However, it was increased by Rs. 2.62 per litre.

The government has approved prices of different petroleum products for the month of March 2018 as under: 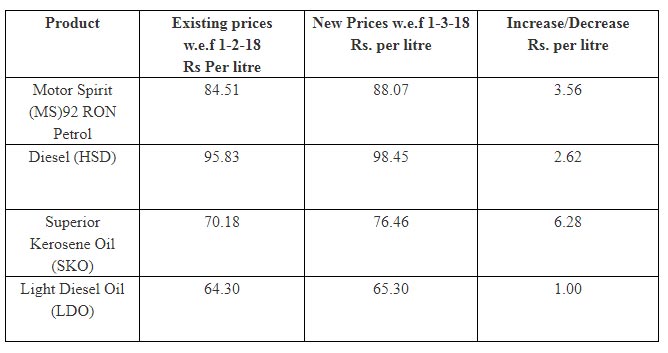 Oil and Gas Regulatory Authority (OGRA) proposed a hike in the prices of several petroleum products which was approved by the government just before the start of the new month.

Based on existing tax rates and import prices reported by Pakistan State Oil (PSO), the Oil and Gas Regulatory Authority (OGRA) on Tuesday worked out an increase of Rs6.94 per litre in the prices of HSD and Rs3.56 per litre in motor gasoline (petrol) for March. The regulator also recommended Rs6.28 and Re1 per litre increase in the prices of kerosene and LDO respectively.

Interestingly, next month’s prices have been worked out on the basis of higher-than-notified tax rates on the orders of the Ministry of Finance to enable the government to announce a relatively lower rate for political objectives.

In an order, the finance ministry has ordered calculation of prices on the basis of 31 per cent GST on high-speed diesel (HSD) and 17pc on all the other products. This is despite the fact that notified-GST rate on HSD at present is 25.5pc, 7.5pc on kerosene and light diesel oil (LDO) and 17pc on petrol.

In addition, the government is also charging Rs8 per litre petroleum levy on HSD, Rs10 per litre on petrol and Rs6 and Rs3 per litre on kerosene and LDO, respectively.