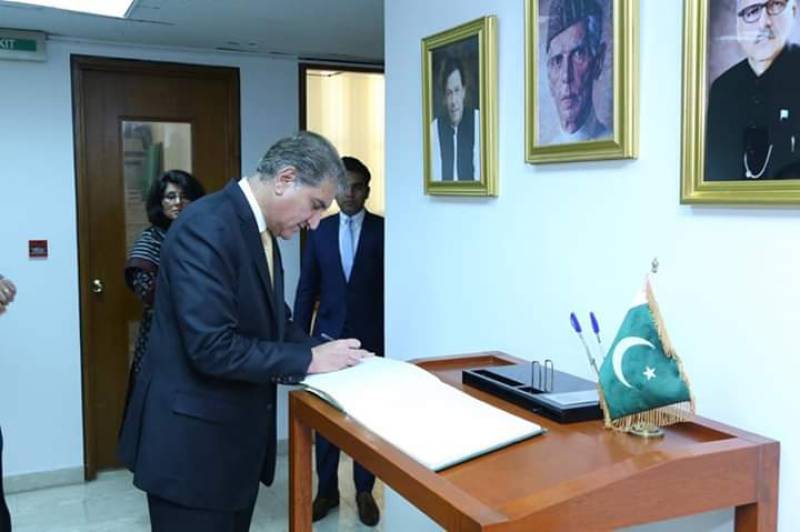 Addressing the ceremony, the foreign minister who was in Qatar mainly to represent Pakistan at a signing ceremony of a peace deal between the US and Taliban, said the government was taking all out measures to facilitate the Pakistani community in Qatar, a press release said.

He said he had directed the embassy to resolve the issues confronting the Pakistani expatriates in Qatar.

He told the gathering that Pakistan had apprised the Qatari leadership that Pakistan was rich with skilled labor which could be used in the construction sector for the upcoming football world cup event.

He said the Qatari leadership had also admitted the valuable role played by the Pakistani community for the development of Qatar.

He said Pakistan could also support Qatar in food security and Qatar could assist Pakistan in coping with its energy needs.

A huge number of people from the Pakistani community attended the inauguration ceremony.

Located in new diplomatic area, the newly constructed building covers an area of 8,150 square metres which is double in size of the old one.

Fourteen counters has been set up at the consular hall for facilitation of the Pakistani community, besides a token calling system for the applicants.

The consular hall has the seating capacity for 300 people with separate waiting rooms for males and females.