Indian man killed by own rooster during cockfight 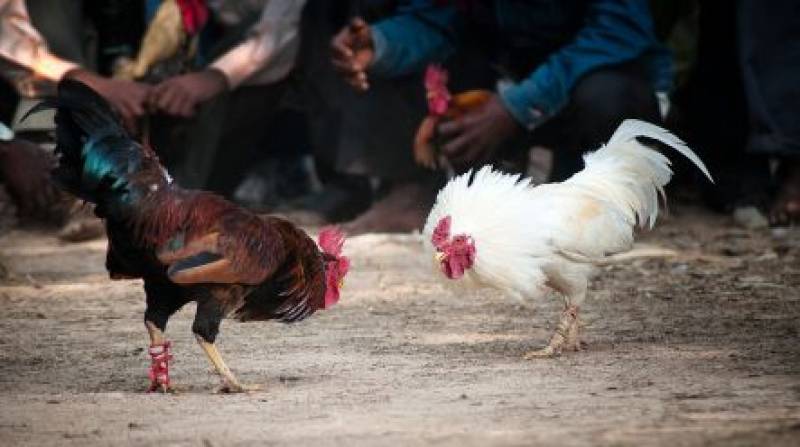 HYDERABAD – A man was killed by his rooster with a 3-inch blade tied to its leg during an illegal cockfight in southern India state of Telangana.

The rooster, fluttered in panic and slashed its owner, 45-year-old Thangulla Satish, in his groin, according to reports in local media.

The incident occurred in Lothunur village in Telangana state, the NDTV reported.

The victim died from loss of blood before he could reach a hospital in the Karimnagar district of the state.

The cock was taken to the police station before being sent to a local poultry farm.

Police have filed a case and were looking for more than a dozen people involved in organising the cockfight.

If proven guilty, the organisers can face jail for up to two years.

Despite a countrywide ban imposed in 1960, cockfights are common in the southern Indian states of Telangana, Andhra Pradesh, Tamil Nadu and Karnataka.

Karachi: A rooster is waiting for owner to get bail for previous eight months at a police station in Ghotki, Sindh ...