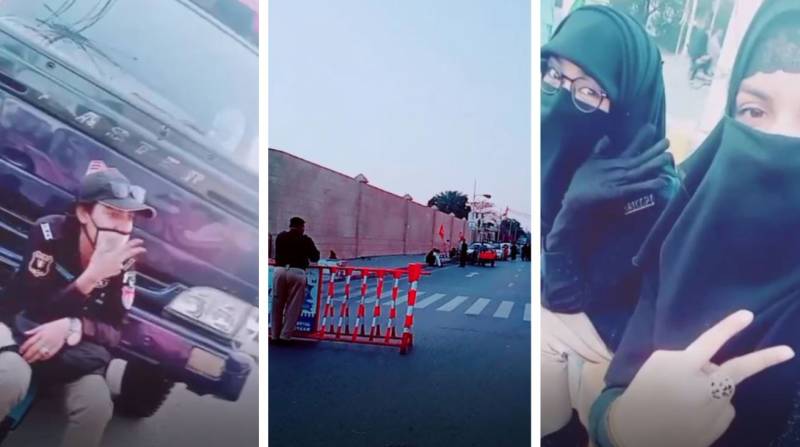 KARACHI – Everyone has been following the Pawri trend video of Dananeer Mobeen. Many politicians, celebrities, and athletes have posted super fun videos following the viral meme sensation and it seems like the trend is not ending anytime soon.

Recently, a TikTok video of Sindh female police officers is making rounds on social media in which the on-duty female cops can be seen criticizing the deployment in Tiktok videos outside the Sindh Assembly building.

Following the event, the social media users have expressed displeasure over the nonserious act of female police officers.

The police officials when asked said, female officers are called only for special events. They are not even required to be on duty for 12 hours, unlike their male colleagues.

On the other hand, it has become quite common for police personnel to shoot and post videos during duty hours.

Earlier, Punjab police decided to imitate the ‘Pawri’ trend but it hasn’t exactly panned out the way they probably expected, as netizens bashed the law enforcers over poor law and order situation.