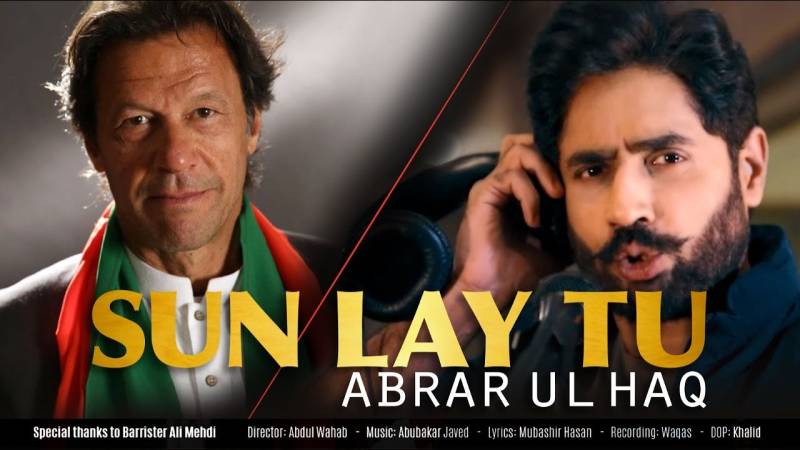 A philanthropist and a songwriter par excellence, the King of Pakistan pop gave his huge fan base a pleasant surprise with his latest song. Directed by Abdul Wahab, the song has been written by Mubashir Hassan while the music has been composed by Abrarul Haq.

The 3 minute and 7-second long video of Sun Lay Tu give glimpses of Imran Khan's life in general, and as the premier as well.

"Very excited for this song #sunleytu..Releasing tonight on my Youtube channel at 7:00pm sharp..Don’t forget to subscribe"

Abrarul Haq is the chairman and founder of 'Sahara for Life Trust' which is a non-profit charitable organisation and provides health services to the people of Narowal and surrounding areas.

He also appeared in elections for the seat of National Assembly from the ticket of Pakistan Tehreek-e-Insaaf.

LAHORE - A petition has been filed in Lahore’s civil court against singer Abrar ul Haq for his latest ...