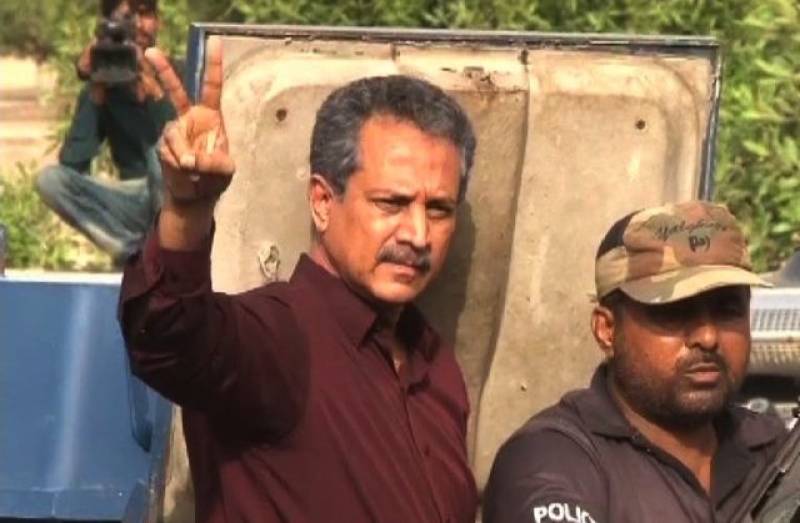 KARACHI - A hand written note allegedly penned by the imprisoned Muttahida Qaumi Movement leader and Karachi mayor-designate Waseem Akhter has stirred doubts about earlier reports about a supposed confession in relation to the May 12 mayhem that hit the metropolis in 2007.

Earlier this week, when Waseem Akhter was sent to jail, mainstream media outlets aired reports claiming that the MQM leader had confessed to playing part in the violence that happened on May 12, 2007 in Karachi.

However, through a handwritten note, Akhter himself clarified that he had no part to play in the violence that he was being held responsible for. The nominated mayor also dismissed rumors regarding any confessions he made in this regard.

Senior MQM leader Kanwar Naveed Jameel, while talking to newsmen, read out that hand-written note from Akhtar in which he denied and condemned “all false and concocted” stories claiming that he had taken responsibility for the May 12 violence.

The note, which was supposedly was handed over to Jameel by Akhtar's counsel at prison on Wednesday, read:

“I have not made any new disclosures or given a confessional statement with regard to the May 12 [incidents]. I repeated my previous statements that there should be an open inquiry by the superior judiciary.”

The MQM has already denied rumors of Waseem's involvement in the brutal killings of 12th May. The party urged the media to confirm news before airing it.

A police official investigating the case told DAWN that Waseem had said "Many things" regarding the mishandling on May 12 but confirmed that he had made no "confessional statement".

The reports of the confessions emerged as seven police officials, including a DSP, four inspectors and two sub-inspectors of Malir police, investigated the Karachi mayor-designate under the banner of a "Joint Investigation Team". They vowed in front of media that Waseem had confessed to orchestrating the May 12 unrest through office bearers of MQM’s Lyari and Gulshan sectors and on the directives of the ‘party high command’.

The report by these Police officials stated that the sole purpose for the unrest was to stop the rally seeking to receive the then de facto Chief Justice Iftikhar Muhammad Chaudhry.

What adds strength to Waseem Akhter's assertions is the fact that legal procedure that gives no credence to confessions extracted by the police in the absence of a judicial magistrate. So far, this has not been the case in the Waseem Akhtar investigations.