Jahangir Tareen jets off to south Punjab to cajole independents 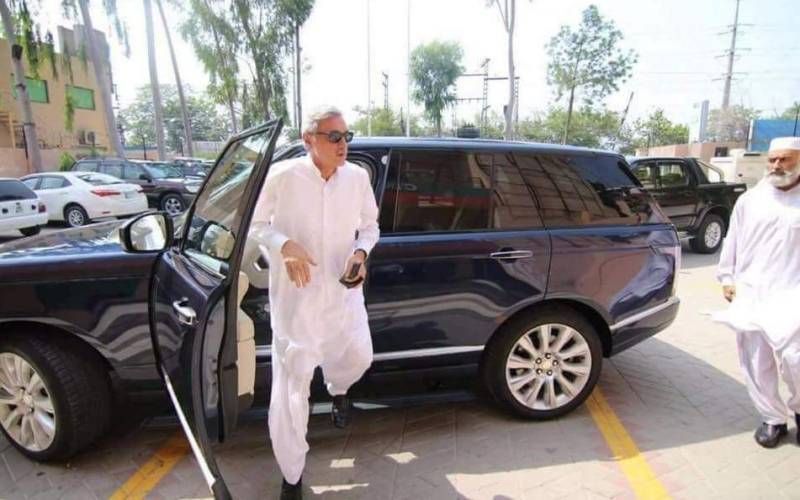 MULTAN - Jahangir Khan Tareen, one of the wealthiest leader of Pakistan Tehreek-e-Insaf, has pointed the nose of his private jet in the direction of south Punjab to pave way for making government.

Tareen, known by the initials JKT, has been tasked to lure in independent candidates from across the country so that PTI can make government in Punjab as well as in the centre, enabling Imran Khan to assume the charge of prime ministership for the first time.

After being assigned the daunting task by the PTI supremo, Tareen hopped in his jet accompanied by his billionaire fellow Aleem Khan to bag the support of independent candidates which are 13 in number on the federal level.

For Punjab, the independent candidates serve as the swing factor as they are 28 in number and their allegiance can either enable Pakistan Muslim league Nawaz or Pakistan Tehreek-e-Insaf to make a government in the province, home to over 110 million people.

Pakistan Tehreek-e-Insaf is leading the race at the federal level with some 115 seats followed by Pakistan Muslim League Nawaz which has secured 64 seats.

Punjab is set to become the battlefield as there is a nail-biting contest between PMLN and PTI with the former leading on 129 seats followed by the latter with 123 seats.

The independent candidates have assumed the central role in making the Punjab government as they stand third in the race.

According to media reports, Fakhar Imam along with seven other MPAs will formally join Pakistan Tehreek-e-Insaf today.

However, in Punjab, the contest would not be that easy as Hamza Shehbaz, the son of former chief minister Punjab, had announced that the PMLN will make government in Punjab by bagging the support of independents.

PTI spokesperson, Fawad Chaudhry has also claimed that the party will make government in Punjab, saying the number of PTI’s successful candidates in Punjab was 130, while the number of PML-N seats according to unofficial results of the polls, is said to be 127.

“We will definitely form our government in Punjab as we are in contact with 21 independent candidates,” the PTI leader said.

PTI leader Jehangir Tarin also made telephonic contacts with the head of Pakistan faction of Muttahida Qaumi Movement (MQM), Khalid Maqbool Siddiqui to invite them at the federal level.

The MQM faction did not participate in the Multi-Party Conference (MPC) convened by the Muttahidda Majlis-i-Amal (MMA) leader and JUI-F chief Maulana Fazlur Rahman in Islamabad on Friday.