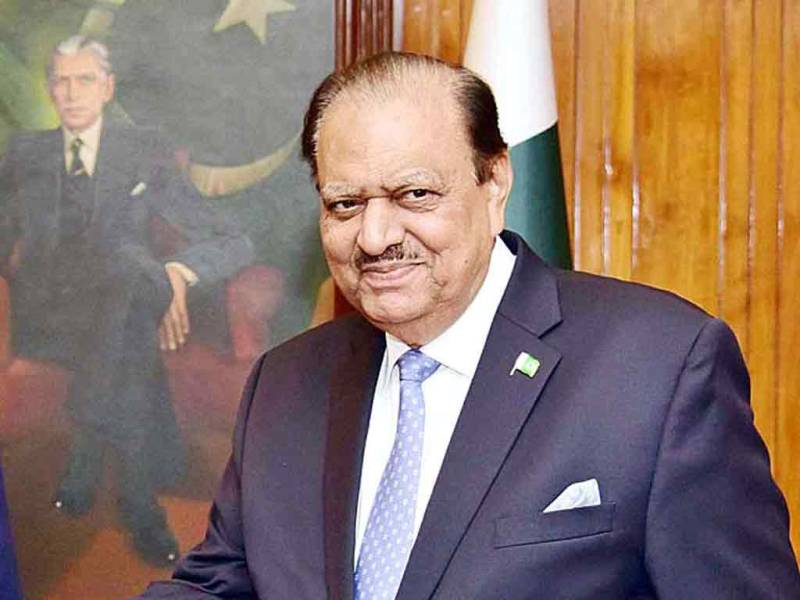 ISLAMABAD (APP) - President Mamnoon Hussain has promulgated an ordinance to amend the Election Commission Act of 2017 providing for increasing the number of benches to hear and decide complaints and appeals related to the election amid the claims of vote rigging in July 25 polls.

The president signed the ordinance on July 26 and has been issued by the Ministry of Law and Justice on Friday.

Through this ordinance titled Election (Amendment) Ordinance, 2018, the president has amended section 6 of the Election Commission Act of 2017 which earlier allowed the ECP to constitute a bench comprising three or more members of the commission to dispose of the complaints and appeals.

However, as the ECP consist of only five members including the chairman, therefore only one bench could be formed putting the ECP under immense burden to dispose of high number of cases through a single bench.

After this amendment, the ECP would be able to constitute a bench comprising two or more members of the commission facilitating it to constitute more than one bench to effectively dispose of election-related appeals and complaints.

According to official results for 267 seats out of 270, Pakistan Tehreek-e-Insaf (PTI) leads the tally with 116 seats, but the opposition parties are crying foul.

"People have been robbed of their mandate," Fazlur Rehman said, added, "people claiming victory in the elections, we reject their claims as well."

He remarked: "We want democracy. We have sacrificed so much for democracy to prosper in the country." People who think they have won fairly should know that they have no real power, he said.