India’s foreign relations: reality and fantasy in the Modi-era - Part I 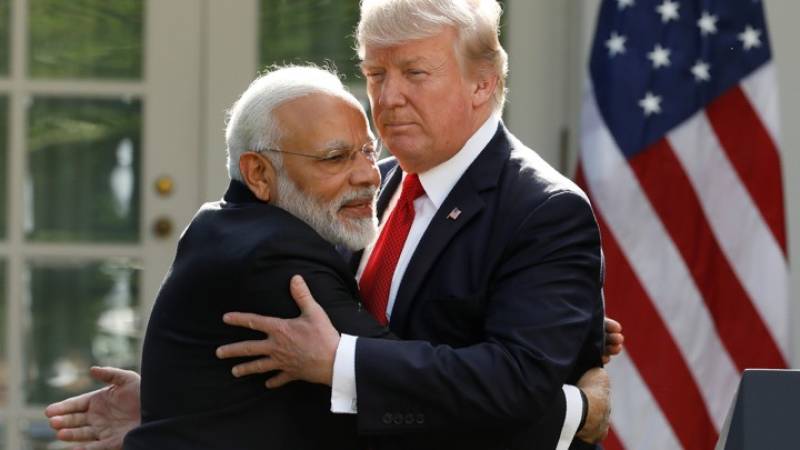 This June, the International Institute for Strategic Studies’ prestigious annual conclave had India’s premier Narendra Modi as the keynote speaker. The 67-year-old politician departed from his usual tradition of speaking in Sanskrit-packed Hindi and read out his speech in English. The audience of the Shangri-La Dialogue was reminded of India’s indispensability for Asia and the world.

Of late, Modi has been mesmerised by the term Indo-Pacific, especially in the context of evolving strategic alignment with Japan and Australia. The Gujarati politician defined his country’s worldview within a civilisational prism. In simple words, he declared the Indo-Pacific region as India’s sphere of operation, announcing his intention to bolster it. According to him, India is an ethical power believing in the rule of law, and equality for nations. He threw around anecdotes about the Indus Valley civilization and boasted of the port of Lothal being ‘among the world’s oldest ports.’

The Indian prime minister used the podium to remind the audience of his ‘Act East’ policy which is aimed at step-up activity with the ASEAN region. There was no mention of the actual results of the ‘initiative.’ Then came a reference to Indian Ocean Naval Symposium, the Indian Ocean Rim Association, and the multilateral fora India participates in, namely the East Asia Summit, ASEAN Defense Ministers Meeting Plus and ASEAN Regional Forum. While ignoring a reference to SAARC, he did talk of the Bay of Bengal Initiative for Multi-Sectoral Technical and Economic Cooperation (BIMSTEC) and the Mekong-Ganga Economic Corridor. Though there’s nothing worthwhile to report on either BIMSTEC or MGEC, both endorse Modi’s ambition of ‘isolating’ Pakistan while ‘constructively engaging’ China. 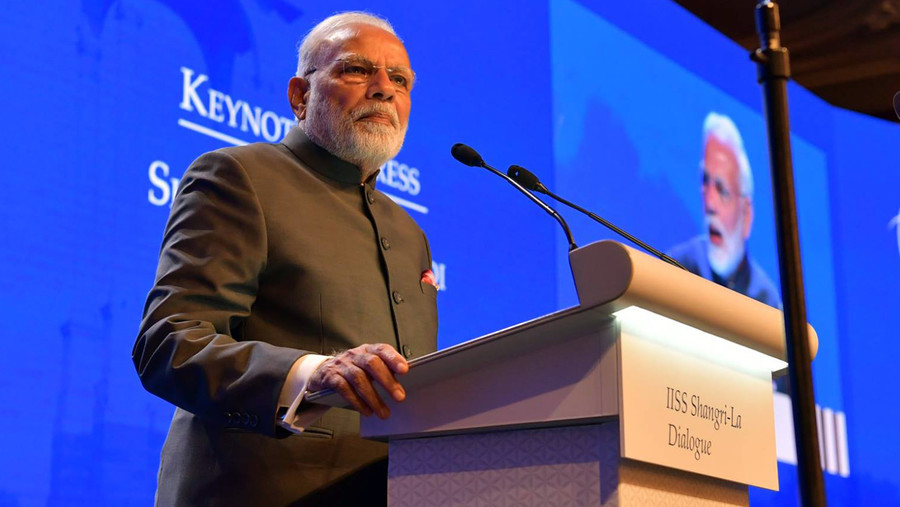 While the Indian premier boasted of improved relations with Japan, South Korea, Australia, New Zealand, the Pacific Islands, Russia, the US, China and even Africa, he pretended that countries like Pakistan, Iran and Afghanistan, where Delhi’s foreign policy is fraught with challenges largely of his own making, simply do not exist.

Modi brought up his informal meeting with Vladimir Putin in Sochi and his subsequent two-day hangout with China’s President Xi. There was little showing off, except the desire to expand ties with Beijing while carefully treading away from the sensitive issues.

Though adamant to the freeze normalisation process with a very important neighbour, the Indian statesman claimed that his country “stands for a free, open, inclusive region, which embraces us all in a common pursuit of progress and prosperity.”

The speech did not make headlines, nor did it manage to stir a global debate about India’s role. Repeating the rhetoric cannot make it effective or worthwhile unless the scorecard is also presented.

The Indian foreign policy under the BJP-led government has been anything but an institutional affair. Modi has rightly symbolised it with his awkward bear hugs, even against the advice of close political aides. Like Putin and Trump, he wants to drive his country’s foreign relations by personal ambition and friendships. The Russian leader has cultivated his personal ties in almost two decades while his US counterpart has the weight of superpower. What does a man with the stigma of the Gujarat massacre have to offer to his counterparts? 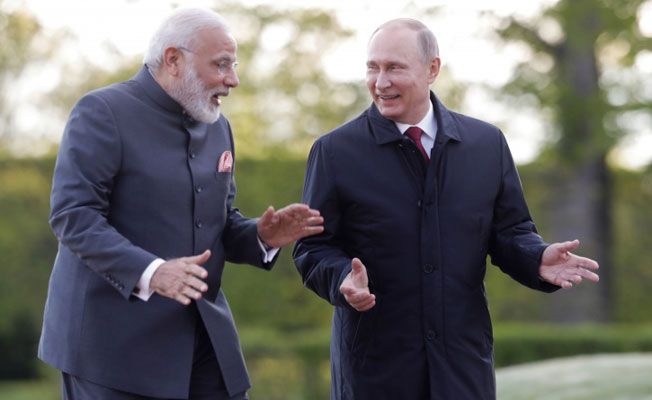 To ‘offset’ China’s Belt and Road Initiative, India has offered countries aid ranging from $100 million to investment worth $500 million (for Chabahar). His India-first policy, when read in the context of Hindu religious uprisings, paints a picture contrary to the secular and inclusive country Rajiv Gandhi and his successors including Atal Bihari Vajpayee have been painting.

Thanks to Modi’s sense of high esteem, the disconnect between his speeches and actual actions on the ground has consistently widened. Four years into the office, foreign relations are largely conducted by the bureaucracy, where the prime minister has attempted to bring likeminded officers to the helm. All along, India has been losing the flexibility diplomacy necessitates, and will continue to do so.

In Narendra Modi’s India, development is a political slogan

Pressure groups like BJP old-school hardliners and RSS ideologues seem to be teaming up with industrial tycoons. The classic case in point is India’s repeated mention in the US media for granting undue favors to the Trump businesses. Such rash actions can offer short-term benefits but in the long run, the US-India relation could be impacted adversely. In an earlier episode, the Jindal family’s hyperactive bid to forward Modi’s agenda with Nawaz Sharif has spectacularly backfired too. Delhi’s warming of strategic and economic ties with Tehran are already posing a formidable challenge given Trump’s suspension of the nuclear deal. There are no waivers in the pipeline for India to continue importing Iranian oil beyond October. Simultaneously, the Modi government is anything but amused at the White House’s push for peace talks with the Taliban in Afghanistan.

In Singapore, Modi shied away from the reality and hid under the cover of fantasy. Neither can India surpass China’s economic interdependence in Asia, Africa and the US, nor can it ignore the more real challenges near home, from the Rohingyas in Myanmar to Sri Lanka, Nepal and Pakistan. Just as a myriad of constraints restricts a state’s diplomatic outreach, there are limits to personal charisma, if it exists.

Part 2 of the piece can be read here.