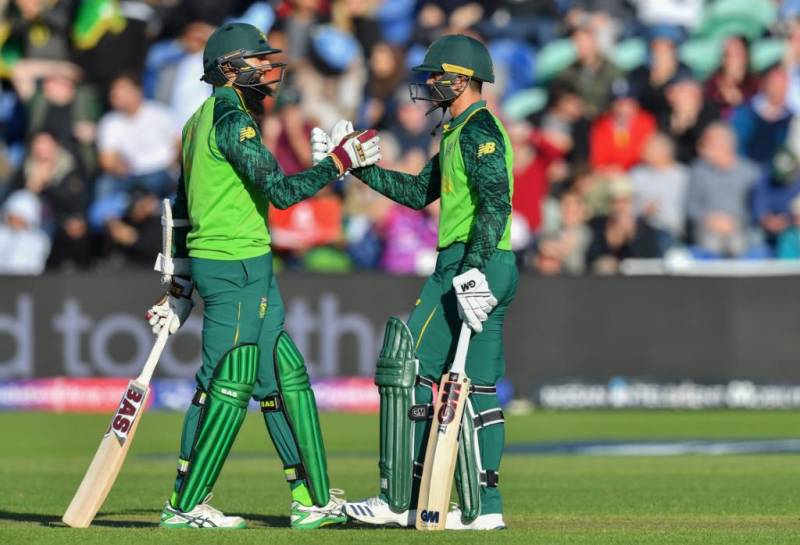 DURHAM – South Africa defeated Sri Lanka by 9 wickets in a fresh encounter of ICC World Cup 2019 at the Riverside in Chester-le-Street on Friday.

Dwaine Pretorius and Chris Morris picked three wickets each to restrict Sri Lanka for 203-all out in 49.3 overs in their World Cup clash.

Earlier, South Africa won the toss and elected to field first against Sri Lanka; Sri Lanka now has 6 points in the tournament with bleak chances of getting into the semis.

Will it be enough or will South Africa chase down their target?#SLvSA | #CWC19 pic.twitter.com/QIDwytvEek

Sri Lanka's last Friday win over England combined with England's loss at the hands of Australia has opened the entryway for Sri Lanka for a spot in the semi-finals.

Sri Lanka need a win today over South Africa to be in the race for the semi-finals.

The Islanders currently sit on the seventh spot with six points from six games.

According to the forecast, the weather is expected to be a cloudy but dry morning with only a slight chance of rain.