This student's research on cucumber in China to benefit Pakistani farmers 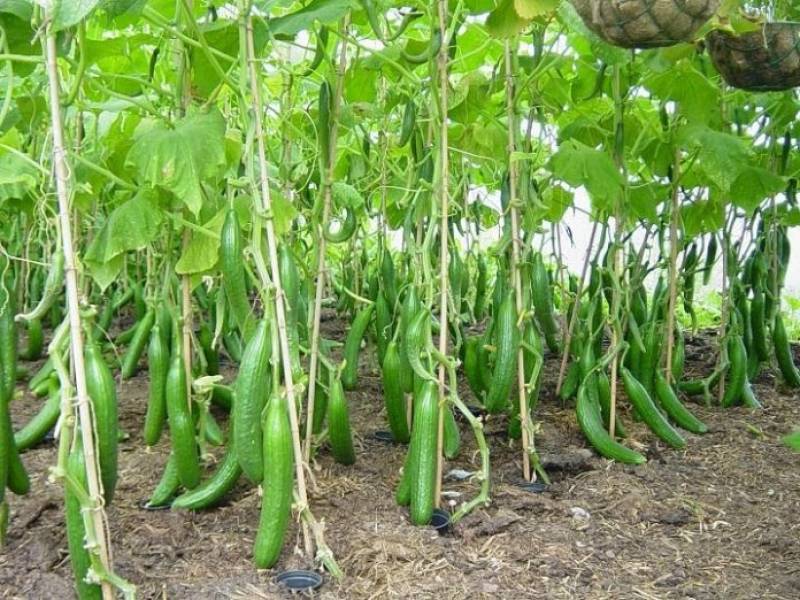 BEIJING - Rahat Sharif, a Pakistani student doing research on cucumber in China’s Northwest Agriculture and Forestry University (NWAFU) believed that his research would help Pakistani farmers in increase the production of cucumber.

“Our lab has developed several cucumber varieties and they were provided to local farmers in Shaanxi Province, which had successfully lifted some farmers out of poverty,” he said.

“I started my research in 2017 in the lab of vegetable ecophysiology and biotechnology. We do research on

cucumber’s production, quality, and response to different environmental stresses. My research focused particularly on the role of the HD-ZIP gene family in cucumber’s growth and development under various abiotic and biotic stresses,” he told China Economic Net (CEN).

“Our lab conducts research on developing cucumber resistance against powdery mildew. The applied research has not only improved the production of cucumber but also the livelihood of local farmers,” he added.

In Rahat Sharif’s opinion, “Further co-operation is required from Chinese biotech companies to boost the production capacity of cucumber and other vegetables in Pakistan.”

BEIJING - Agriculture in Pakistan still relies heavily on manpower, and my goal is to promote advanced agricultural ...

He called upon the Chinese researchers could come to Pakistan and make a field trip, adding, “They will be able to teach our students which seed to choose and how to cultivate based on different soils and climate, and tell the locals how to irrigate and use pesticides.”

After studying at NWAFU for three years, Sharif thinks that Pakistan can introduce China’s advanced technologies in the agriculture sector, such as the cultivation technology of wheat and rice, breeding techniques, and irrigation techniques.

Sharif said pesticides do not work very well to contain the locusts. According to Sharif, the top priority is to find locust breeding ground to curb the deleterious effects.

“The Chinese researchers can help Pakistan farmers to find the locust breeding grounds by using advanced technologies,” he said.

He also expressed gratitude to Chinese experts’ help to contain the locust outbreak.

Sharif, who is in China, is very worried about the pandemic in his homeland. He suggested Pakistanis should observe strictly the anti-pandemic regulations as the Chinese do.

“Pakistan will ultimately overcome the pandemic as long as the standard operating procedures are strictly followed,” which is what Sharif wants to share with the Pakistanis as he was a witness to the entire progress of China’s fight against the COVID-19 pandemic, from its outbreak to being under control basically.