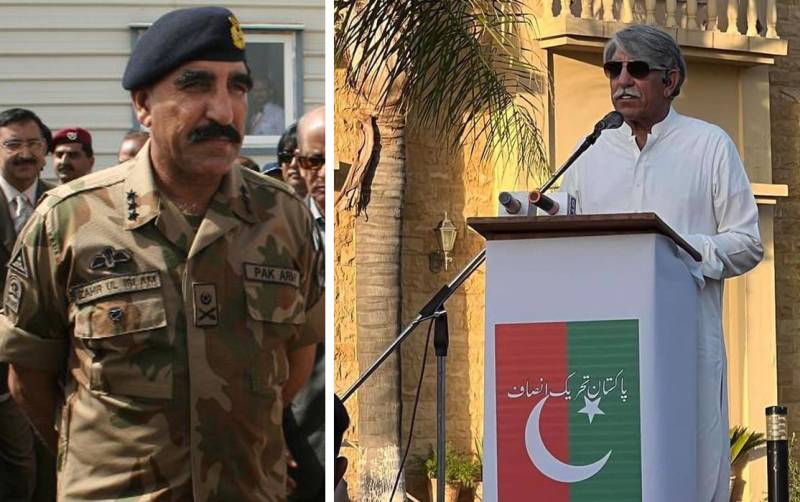 These speculations were triggered by a video showing Islam addressing a political gathering in Kahuta. The video went viral on social media on Monday. Speaking to a select gathering, Islam said:

“The first thing I want to tell you is that I am not a politician; I’m actually neutral. I am talking completely apolitically today and my today’s talk is above and beyond politics.

“When we had a discussion among ourselves, I was of the view that it’s good to have a clan, a village, a tehsil, but now the time has perhaps come that we should think above these things; we need to think about our country.

“We saw that different political parties surfaced over the last few years, 15-20 years. We tried different parties, but we could not move in the direction that we should have moved in.

“And we allowed a third force, which we felt could deliver. We don’t have to see who is the candidate; we should see which system we need to vote for. That system we see in the PTI. Therefore, we called today’s meeting to synergize the PTI’s electioneering effort. We must work together for the success of this electioneering process.

“Decisions are taken despite the difference of opinion. I want to tell you that I’m a soldier and people have different views when a large conference takes place within the army. However, when a senior person makes a decision, all people follow that decision.

“Now we have made a decision. Our candidate is sitting in front of us. We have to work only for him and forget everything else. We should do away with the differences among ourselves. We have got a direction now. I am not saying this about myself; I am saying this about all of you — PTI workers who work on the ground and senior office-bearers. Your leader has made a decision and all of you should now follow that decision and support the nominated candidate with full effort. Let me tell you all that this campaign is not easy; it’s difficult.”

The ceremony was reportedly held for PTI candidate Shabbir Awan, who is contesting by-election in the native town of the former director general of the ISI.

However, the former spymaster is reported to have said his presence at the event was greatly misrepresented by social media.He also said he had not met Imran Khan for the past few years. He refused to comment when asked if he could join the PTI in future.

ISLAMABAD – Social media in Pakistan went into a frenzy after a video clip depicting a man as a former spymaster ...

Ahmad Shuja Pasha, the former chief of Pakistan's Inter-Services Intelligence (ISI), also remained in the spotlight in recent days after a fake clip attributed to him went viral.