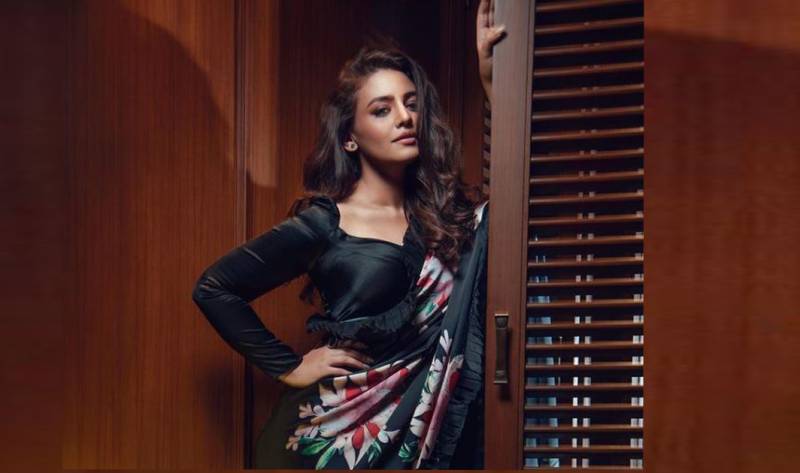 Pakistani diva Zara Noor Abbas has been creating waves for her stunning looks in latest clicks.

Flaunting an aesthetic flamboyance, the 31-year-old star dropped a photo gallery on Instagram which left the temperature soaring high.

Adorning a fitting egg blue attire, she posed and sparkled with her hair looking super pretty.

Soon after her latest upload, celebrities and fans alike showered love and compliments on the real and reel life couple.

Zara is best known for her role as Arsala in Momina Duraid's Khamoshi while she also appeared in several serials including Dharkan, Lamhay, Qaid, Deewar-e-Shab, and Ehd-e-Wafa.

Lollywood diva Zara Noor Abbas Siddiqui is undoubtedly one of the most talented names in our industry given her ...

Lollywood diva made her film debut with Wajahat Rauf's Chhalawa and later appeared in Asim Raza's Parey Hut Luv in the same year.