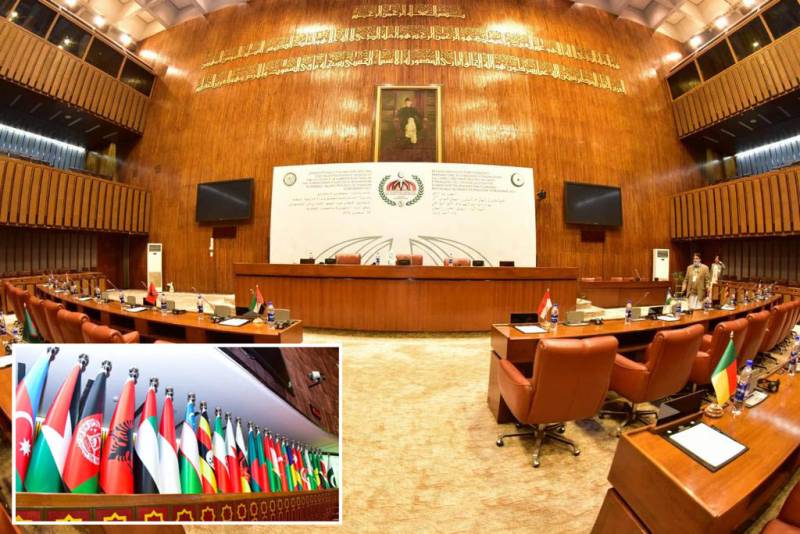 ISLAMABAD – An exclusive session of the Organization of the Islamic Cooperation (OIC) to discuss the simmering humanitarian crisis in Afghanistan will be held in the country’s federal capital today (Sunday).

The extraordinary meeting, which has been convened at the initiative of the current OIC summit chair, Saudi Arabia, will be attended by the foreign ministers of member states and observers.

Besides expressing solidarity with the distressing Afghan people, the moot is also expected to explore avenues for containing and reversing the rapidly deteriorating humanitarian situation in Afghanistan, especially in terms of food shortages, displacement of people, and a potential economic collapse.

Pakistan's Foreign Ministry said the conference will start with a statement of FM Shah Mahmood Qureshi – who will chair the session.

The chair of the OIC summit, Foreign Minister of Saudi Arabia Prince Faisal Bin Farhan Al-Saud, will then speak to the delegates. This will be followed by a statement from Hissein Brahim Taha, Secretary-General of the OIC, statements on behalf of OIC Regional Groups (Asia, Africa, Arab) and a statement by President Islamic Development Bank Dr Muhammad Al-Jasser.

Besides OIC members, the special invitees include participants from the UN, international financial institutions, and some non-member states, including the United States, the United Kingdom, France, China, Russia, Germany, Italy, Japan, and the EU.

On Saturday, Prime Minister Imran Khan welcomed the delegation from the OIC member states for coming to Pakistan to attend the crucial OIC meeting.

Taking it to Twitter, Khan wrote “I welcome delegations from OIC [member] states, observers, friends, partners [and] international organisations to Pakistan. The extraordinary session of OIC [Council of Foreign Ministers] is an expression of solidarity with the Afghan [people and] to focus our collective energies on addressing the dire humanitarian situation in Afghanistan.”

I welcome delegations from OIC mbr states, observers, friends, partners & int orgs to Pakistan. The extraordinary session of OIC CFMs is an expression of solidarity with the Afghan ppl & to focus our collective energies on addressing the dire humanitarian situation in Afghanistan

A day before a key meeting in the Pakistani capital on the humanitarian crisis in Afghanistan, the Organization of Islamic Cooperation (OIC) announced on Saturday its humanitarian office in Kabul would work with international agencies to help the people of the war-torn country.

On now: opening session of the senior officials meeting preparatory to the extraordinary meeting of the #OIC Council of Foreign Ministers on the humanitarian situation in #Afghanistan, convened by #SaudiArabia and hosted by #Pakistan. #OICInPakistan #OIC4Afg pic.twitter.com/QPiTiIehYt

The United Nations has already warned that nearly 23 million people of Afghanistan — or about 55 percent of its population — face extreme levels of hunger with nearly nine million at risk of famine as winter takes hold in the impoverished, landlocked country.

“The OIC humanitarian Office in #Kabul will assume its responsibility in coordination with the various international agencies in delivering the required assistance to the millions of people in need,” the organization quoted its assistant secretary general for humanitarian affairs Ambassador Tarig Bakheet in a Twitter post.

“It is crucial for the international community to take swift action to ensure that the people of #Afghanistan have unimpeded access to life-saving assistance, and the humanitarian support need to be scaled up,” he added.

“I am confident that the OIC fraternity, the United Nations, & regional partners would take all necessary steps to bring sustainable solutions to the catastrophic #humanitarian situation in #Afghanistan in which millions of lives are at stake,” Bakheet continued.