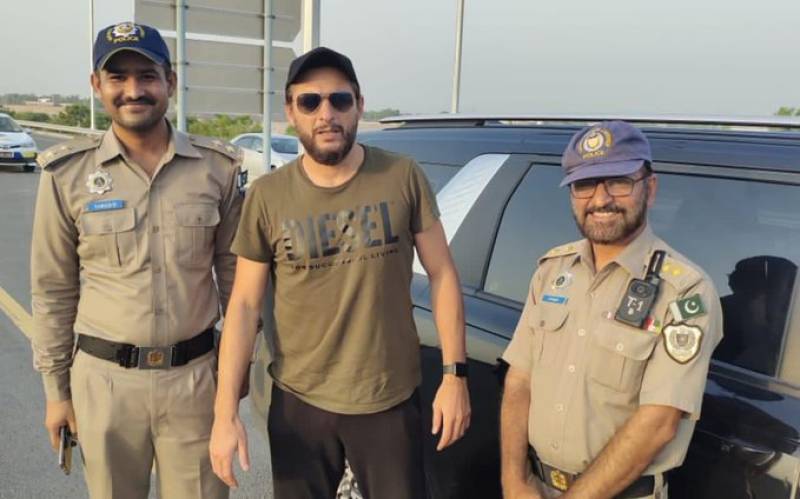 ISLAMABAD – Former Pakistan skipper Shahid Afridi was fined for overspeeding by the motoways police while he was travelling to Karachi from Lahore.

The National Highways and Motorways Police issue Rs1,500 ticket to the star cricketer for violating the speed limits on the motorway.

The police officials also took a photo with the former skipper.