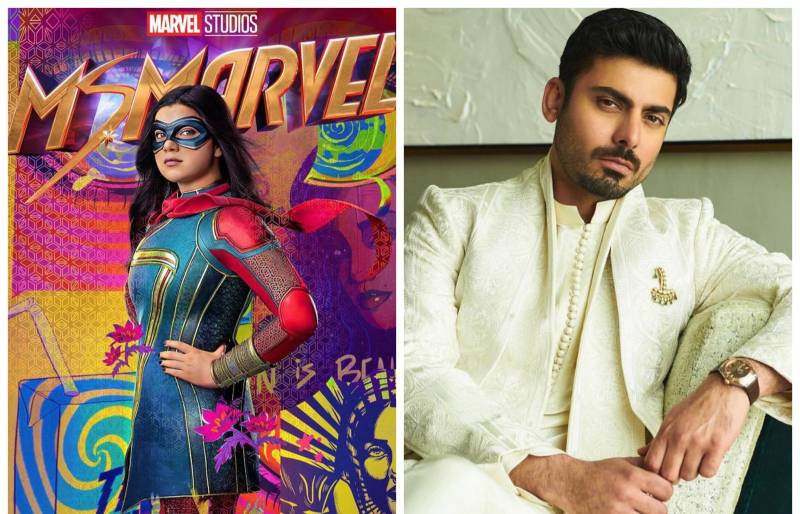 The highly anticipated superhero web series Ms Marvel has finally been released and needless to say, the fans are thrilled by Marvel’s first Muslim and Pakistani superhero.

However, Pakistani heartthrob Fawad Khan's fandom has been quite disappointed as the Humsafar actor has not made his debut in the show.

Now, the cast and crew of Ms Marvel shared their excitement about having Pakistan's Fawad Khan and India's Farhan Akhtar play pivotal cameo roles in the series. The creators of the show praised them for bringing big stars on whose names people buy tickets for the show.

Director Sharmeen Obaid Chinoy also dropped some hints as she revealed that she had directed episode four and five and has worked with the Zindagi Gulzar Hai actor.

Moreover, Mehwish Hayat has debuted in the Marvel Cinematic Universe as Kamala Khan's (Iman Vellani) great grandmother Aisha. The audience gets to see Mehwish sharing screen with Nimra Bucha in episode three of the show.

Marvel Cinematic Universe’s Ms Marvel, a web series portraying the first Muslim and Pakistani superhero, is making waves across cultures. A special cinema format version of the six-episode series has been created for Pakistan in three parts.

ISLAMABAD – Pakistani heartthrob actor Fawad Khan has been appointed a United Nations Goodwill ambassador for the ...