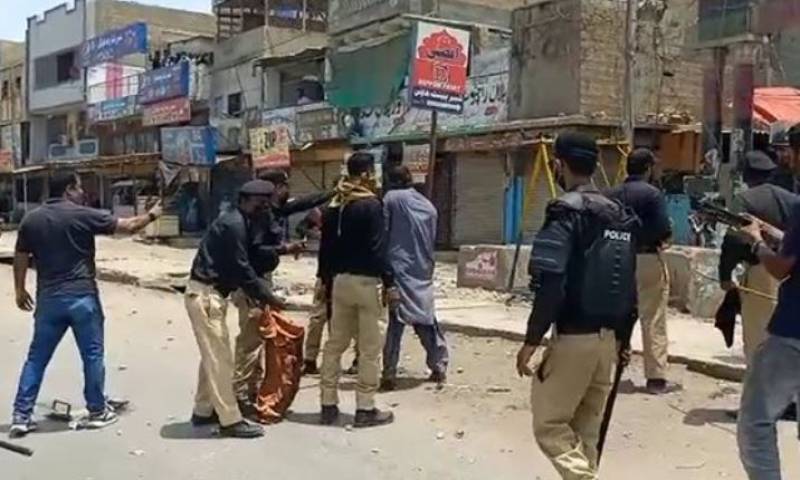 KARACHI – At least one woman succumbed while several injured during protest against prolonged power outages as police conducted aerial firing, and baton-charged the agitators near Lyari Expressway.

As of now, the cause of the deceased, identified as Meeran Bibi a resident of Hingorabad, remains uncertain.

Officials also dismissed the reports claiming that the woman died as a result of baton charge and shelling against the protesters. A senior official said the deceased was a 70-year-old woman who died due to natural death.

Law enforcers also blamed K-Electric for the death of the woman, saying the protesters were out on the roads as they did not have power for the last 12 hours.

A large number of people staged protests at the Mauripur road section of the Lyari Expressway, which is closed for traffic after people took to the streets against the massive load shedding in the scorching weather.

During the protests, the distressed people also hurled rocks at police personnel. Some of them were also detained after the failure of the talks.

Unannounced load shedding is also being carried out in other cities while the duration of power outages is longer in the port city.

Lately, Prime Minister Shehbaz Sharif has also warned of increased power cuts in the coming month of July as the South Asian country could not get LNG supply.