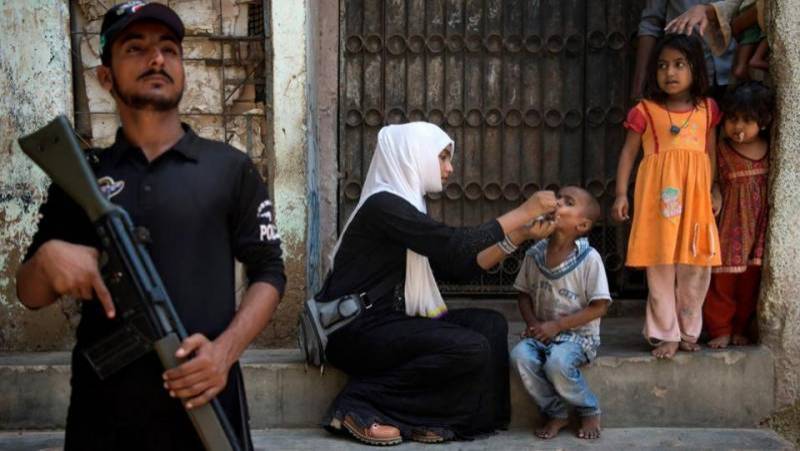 PESHAWAR – Three people were killed after a team of anti-polio vaccinators was ambushed in Datta Khel area of Khyber Pakhtunkhwa’s tribal district of North Waziristan, which has been a hotbed of poliovirus this year.

The campaign was launched amid an outbreak of the virus in North Waziristan where 11 cases of the disease has surfaced this year as several parents are reluctant to inoculate their children against the virus.

The polio team was administrating the vaccine to children in door-to-door drive when unknown men opened fire on them, leaving two policemen and a vaccinator dead on the spot. A child also sustained bullet injury during the incident.

The martyred police officials have been identified as Deen Shahid and Raza.

The bodies and injured have been shifted to hospital while police have launched an investigation into the matter.

LONDON – Several samples of poliovirus were found during routine sewage testing in the British capital which can ...