10 dead, over dozen wounded as passenger coach rolls over into ditch in Kohistan 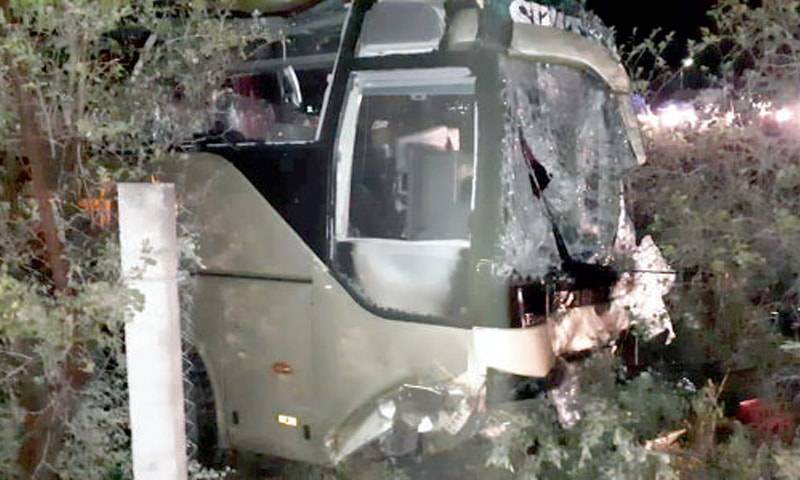 Following the accident, ambulances and rescue crews, and security forces rushed to the area. The injured were shifted to the District Hospital in Dir, four of the injured were said to be in critical condition.

KP Chief Minister Mehmood Khan expressed sorrow over the incident and extended condolences to the families of those who lost their loved ones and directed the paramedics to provide the best medical aid to the injured.

LONDON – Australian cricket commentator Adam Collins revealed that he has survived a frightening car crash on his ...

Traffic accidents are a long-standing reality in the country’s hilly areas that claimed hundreds of lives every year. A number of accidents result from reckless driving or pedestrian negligence whereas poor infrastructure is said to be another reason resulting in these deadly incidents.