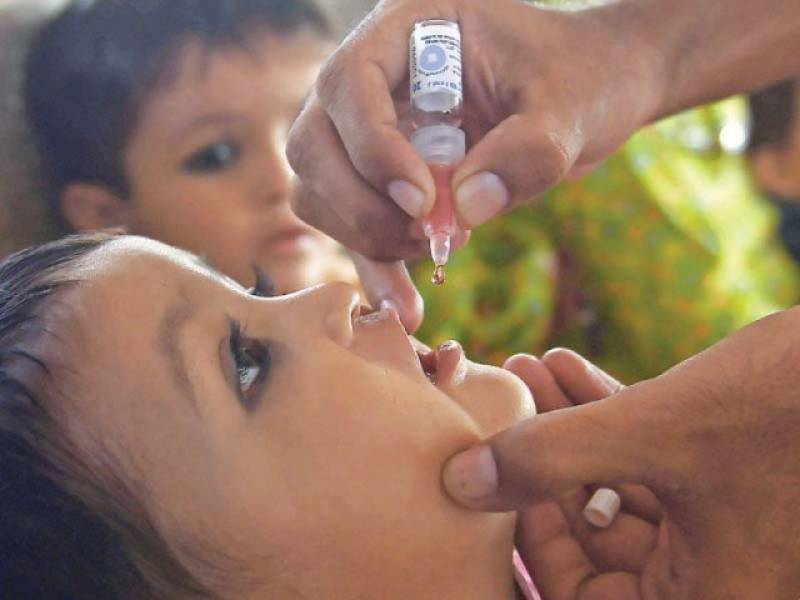 LAHORE – Punjab has rolled out a plan to vaccinate over 6.6 million children in a polio eradication campaign starting from Monday (March 25) in key 12 districts in order to stop virus circulation, this was stated by the Coordinator of the Emergency Operations Centre for Polio Eradication in Punjab Mr Salman Ghani.

“Four districts including the provincial capital and South Punjab’s districts of DG Khan, Muzaffargarh, and Rajanpur are included as full because of more vulnerability to the virus”, Ghani disclosed to the media.

Lahore has seen a child being affected by the polio virus poliovirus Whereas children are deemed more at risk in South Punjab due to proximity and movement from high-risk districts as well as low routine immunization. During the year 2018 so far since January, Punjab province has 1 reported WPV case.

However, the sustained presence of wild poliovirus in Lahore and Rawalpindi districts, coupled with poor WASH conditions, a huge transit and mobile population, has kept Punjab at risk with poliovirus spread.

Also the resurgence of polioviruses and continuous circulation of poliovirus in some of the districts of central Pakistan epidemiological block, which also includes four districts of South Punjab including RY Khan, DG Khan, Rajanpur and Multan, where there is historical low population immunity among high-risk populations (migrant and landless peasants who settled on the floodplains of Indus River), could jeopardize the cautious progress made in reservoir and postpone the ambitious goal of polio-free Pakistan.

“Campaign will be held partially in eight districts including Bahawalpur, Bhakkar, Faisalabad, Mianwali, Multan, Rawalpindi, RY Khan and Sheikhupura”, the EOC coordinator said adding Rawalpindi and Faisalabad have been included in the campaign due to persistent virus circulation in the environment.

Faisalabad hosts a large number of people who originally belong to Lahore where a child has been paralyzed due to the wild poliovirus. Rawalpindi is considered critical to the fight against polio due to a large number of population from the districts which are highly sensitive and are part of the northern corridor which extends until Afghanistan. "The district has the highest number of still missed children including refusals in the last round of special campaign which was held in February. The health department has confirmed that special focus will be paid on five union councils of the district where vaccination age has been extended to 10”, he maintained.

Giving reasons of holding a campaign the EOC coordinator informed that some union councils of Bhakkar and Mianwali adjoining Khyber Pakhtunkhwa have been made part of the polio eradication campaign because of proximity with Bannu, KPK where there is intensive WPV circulation going on.

“Thousands of highly sensitive mobile groups visit the districts and stay here temporarily before moving on to their next destination. So their vaccination is a priority and deemed critical for interrupting the virus circulation. Whereas some union councils of Sheikhupura have been made part of the campaign due to its geographical coexistence with Lahore”, he said.

Mr Salman further said some high-risk union councils of RY Khan and Bahawalpur have also been included in the campaign due to their vulnerability and presence of large swathes of the population living in poor conditions amid wide-scale movement from high-risk districts of Sindh and Khyber Pakhtunkhwa.

“Multan has been included in the polio eradication campaign as it falls on the crossroads of South Punjab and serves as the centre of populations from the entire south Punjab region and beyond, making it vulnerable for children under five”, he concluded.