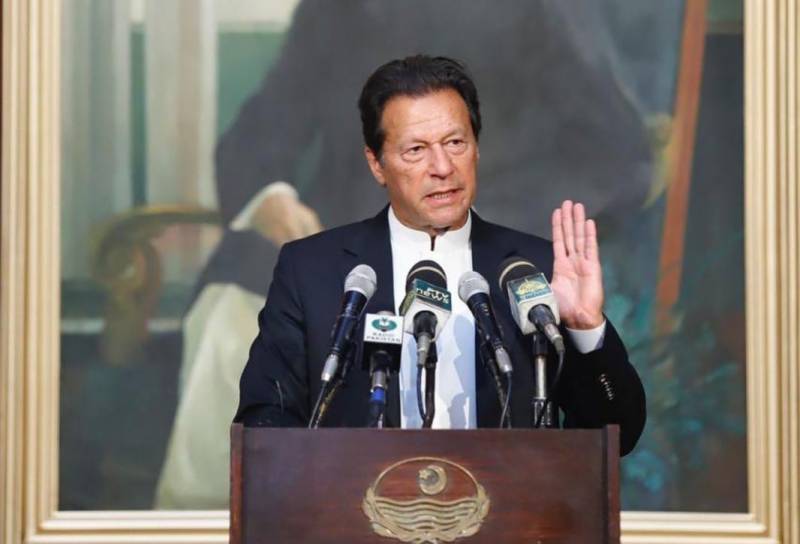 ISLAMABAD – Prime Minister Imran Khan hailed India for its "independent" foreign policy that only aimed at the betterment of its people.

The premier, who used to hit out at the BJP-led government in New Delhi for its grave human rights violations in the occupied Jammu and Kashmir, lauded the neighbouring country while addressing a public gathering in Khyber Paktunkhwa’s Malakand on Sunday.

The remarks also comes days after he lambasted European Union ambassadors for writing a letter over the Russia-Ukraine war and urging Islamabad to vote against Kremlin at the UN General Assembly session.

It is pertinent to mention that Pakistan abstained from voting on a resolution against Russia during UNGA session.

“Today, India is part of a Quad and yet it calls itself neutral,” he said, adding that it is also importing oil from Russia despite sanctions imposed by the West on Moscow.

India is keeping the independent foreign policy only for the betterment of its people, Khan said.

He hit out at the PML-N and PPP for allowing the US to carry out drone attacks inside Pakistan during their rules.

The premier also talked about the disgruntled party lawmakers amid no-confidence motion submitted by the Opposition against him in the National Assembly.

He urged dissent lawmakers to come back to the party's fold, saying he was ready to forgive them.

The premier said stepping down from the government will be a better option instead of being in power by looting public money and selling the conscience amid 'horse-trading'.