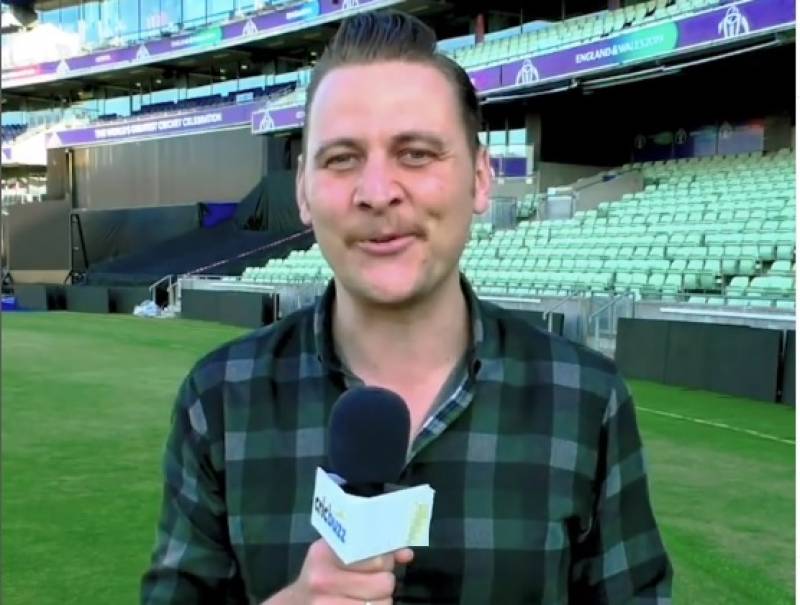 LONDON – Australian cricket commentator Adam Collins revealed that he has survived a frightening car crash on his way to Lahore airport.

Collins, who works for SEN, was in the South Asian country to cove the historic Test series between Pakistan and Australia.

He was heading to the Lahore airport when the vehicle smashed into a stationary truck.

Taking to Twitter, he termed it an “awful crash,” adding that he remained safe in the road mishap and reunited with his family in London.

The cricket commentator said that the driver of the car sustained injuries, adding: “….he's stable after lengthy surgery”.

Few things I want to stress with this news circulating:

1. It was an awful crash but I'm home and safe and fine
2. The driver isn't going so well but he's stable after lengthy surgery
3. If I wasn't wearing a seatbelt, well, best not to think about ithttps://t.co/9NLZCQSf2G

Collins told The Australian that wearing a seatbelt could have saved his life.

“The only reason I’m still in one piece after hitting the truck at the speed we did is because I had my seatbelt on,” he said.

“It’s a miracle Rehman survived but I’m devastated that he’s sustained serious injuries. Of course, I hope with all my heart that he pulls through to make a full recovery.

“Watching so many people come together to free him from the wreckage reflects the community spirit we saw everywhere in our month touring Pakistan. Horrible as the accident was, I still can’t wait to return to this wonderful country.”