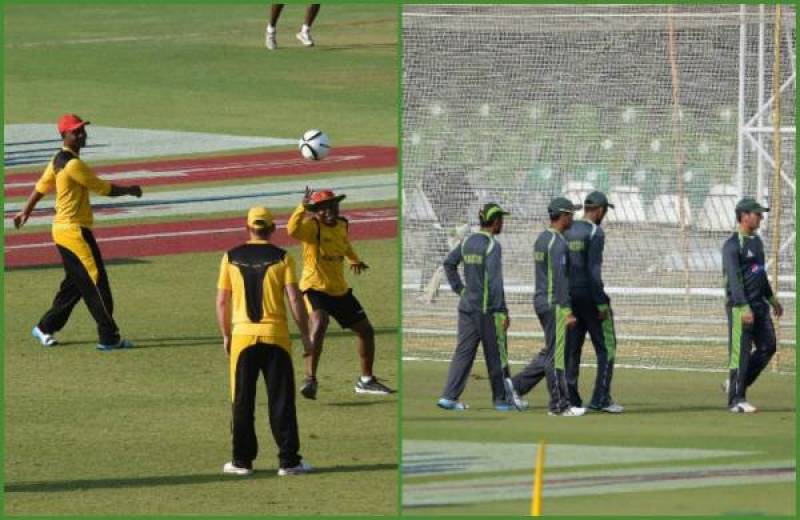 LAHORE (Web Desk) - Players of Pakistan and Zimbabwe cricket teams will participate in practice in two different sessions on Thursday to prepare for the second ODI scheduled to be played tomorrow (Friday), local media reported.

Players of Zimbabwe cricket team will practice under supervision of coach Dav Whatmore amid high security at the stadium.

Coach Waqar Younis will also hold a practice session for Pakistan cricket team in which he would focus on the players who were not included in the first ODI.

Both the teams will play their second ODI of the three-match series on May 29 at Lahore's Qaddafi Stadium.