Djokovic's drive for glory at Garros boosted by Nadal withdrawal 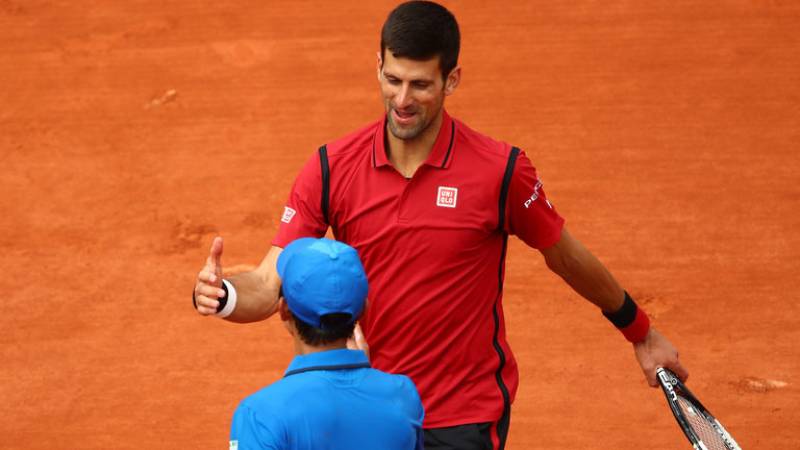 The two had been due to meet in the semi-finals in what would have been a huge test for Djokovic, who is out to become just the eighth man to have won all four Grand Slam titles, the last being Nadal in 2010.

But that mouth-watering prospect was wrecked on Friday when the Spaniard, a nine-time former champion in Paris, suddenly announced his withdrawal from the tournament after injuring his wrist.

That means that the man he had been due to play in Saturday’s third round, fellow Spaniard Marcel Granollers, is already into the last 16 without hitting a ball.

Djokovic meanwhile is last up on the Philippe Chatrier centre court against Britain’s Aljaz Bedene, a regular hitting partner for the Serb.

“He’s very talented, very quick motion for a first serve,” said the world number one of his Slovenian-born opponent.

“So, yeah, I’m expecting a tough one, because now it’s third round and slowly we are getting into second week of the tournament.

“Not easy matches anymore. I know he doesn’t have anything to lose. We might play on center court, one of the two big ones, and I’m sure he will give it his all.”

France’s main hope for a first home winner since Yannick Noah in 1983, Jo-Wilfried Tsonga, goes up against erratic Latvian Ernests Gulbis, while David Ferrer, a finalist in Paris two years ago, has a date with fellow Spaniard Feliciano Lopez.

Two rising stars of the game, Alexander Zverev of Germany and Dominic Thiem of Austria will face off first up on the Suzanne Lenglen court.

In the women’s tournament, both the Williams sisters will be in action ahead of a potential semi-final showdown.

Cornet made headlines in the last round when her vanquished opponent Tatjana Maria of Germany angrily accused her of faking injury to gain time to recover from a severe bout of cramps.

Closing the action on Lenglen will be the fast-improving American Madison Keys taking on Monica Puig of Puerto Rico.