Misbah turns 42 today. Here is a heartwarming picture of the celebration 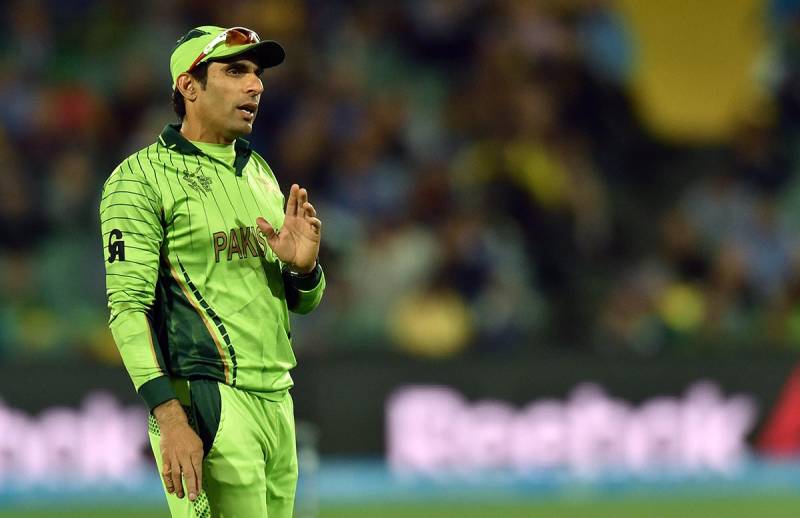 LAHORE (Web Desk) - Seasoned Pakistani cricketer, Misbah-ul-Haq celebrated his 42nd birthday on Saturday (today), and had many former and current Pakistan cricketers pay tribute to him.

He is still considered to be the fittest among all his peers.

An influx of birthday wishes have been pouring out on social networking sites from his ardent fans.

Mid night celebrations, #misbah love u more than any thing in this world, happy birthday to u @captainmisbahpk pic.twitter.com/aar7EQtt0B

Misbah-Ul-Haq retired from Twenty-20 cricket in 2012 and left the One-Day International format after the 2015 World Cup.

He is still the test team Captain.